“Inequality is the Root of Social Ills”

~Pope Francis’ “No” to an Economy of Exclusion~

In the Footsteps of his Predecessors
Sometimes I hear people saying that the Catholic Church, shackled by its own traditions, is very slow in reacting to the social changes taking place constantly in the world. But on the other hand, we can see that in every period of history, the Popes have been speaking out against the economic and other social problems of the time, and that the Church has been like a pioneer with all sorts of social actions.

For example, in 1537 Pope Paul III wrote against the conquerors of Central and South America declaring that the natives, even if they were not Christians, should not be deprived of, but on the contrary guaranteed their freedom and possessions. And all the Popes, from the 16th to the 19th century condemned slavery and the slave trade, forbade it and declared that the Christians supporting it would be excommunicated from the Church. 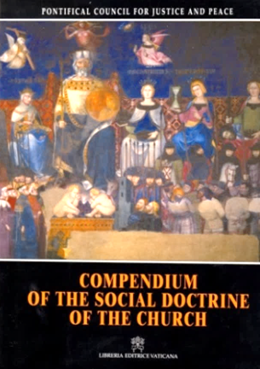 Then, in what is considered the first Social Encyclical, “Rerum Novarum” (1891), Pope Leo XIII decried the situation of the workers at the time as a social evil near to slavery. The situation of the workers was taken up again 40 years later by Pope Pius XI in his Encyclical “Quadragesimo Anno”, by Pope Paul VI in his letter “Octogesima Adveniens” 80 years later. And in 1981, to commemorate the ninetieth anniversary of that first Social Encyclical, Pope John Paul II wrote the Encyclical “Laborem Exercens” about human work, its meaning and the rights of the workers.

In 2009 Pope Benedict XVI clearly pointed out the problems concerning today’s market and all other economic activities, and emphasized that all economic decisions should be consistent with the requirements of justice, the common good and ethics (Cf. “Caritas in Veritate”, nos. 35~37).

Benedict XVI’s successor Pope Francis too has pointed out today’s social problems and in particular the problems concerning the present economic system. He has decried this system even more directly and forcefully than his predecessors as a system that excludes many people from society. 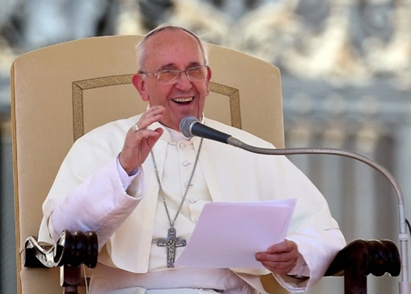 Pope Francis emphasizes that the Gospel is the most beautiful message offered in this world. It is a message that speaks of the amazing love of God for every human being, and tells us that every human being, independently of physical appearance, abilities, way of thinking etc., is the object of God’s infinite tenderness. Every person is God’s handiwork, created in his image. God himself is present in their lives. He or she reflects something of God’s glory and is immensely holy.

Since each person is immensely holy, appearances notwithstanding, he or she deserves our dedication and our love (Cf. “Evangelii Gaudium”, nos. 274, 277).

Furthermore the Pope insists that this message is so clear and direct, so simple and eloquent, that no interpretation has the right to relativize it, to obscure or weaken its force. Because Jesus himself, by his words and actions taught us this way of looking to others, and calls us to brotherly love, generous service, justice and mercy towards the poor (Cf. “Evangelii Gaudium”, no.194).

“No” to an Economy of Exclusion and Inequality
In the same document, the Pope criticizes today’s economy, which brings forth exclusion and an ever growing inequality even in the so-called wealthy countries. He points out that to continue throwing away food while people are starving, is inequality. And while it is not news if an elderly homeless person dies of exposure, it becomes big news if the stock market loses two points. This is exclusion.

Furthermore, regarding this economy of exclusion and inequality, the Pope clearly states that unless the problems of the poor are radically resolved by rejecting the absolute autonomy of markets and financial speculation and by attacking the structural causes of inequality, no solution will be found for the world’s problems. Inequality is the root of social ills. 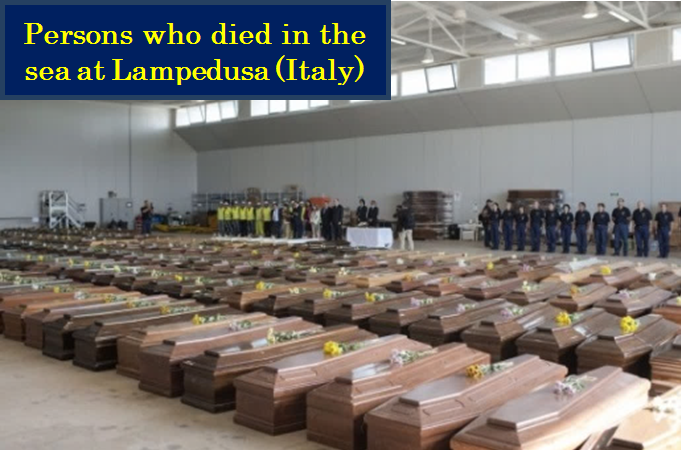 Exclusion means that human beings are themselves considered consumer goods to be used and then discarded, writes the Pope. Ultimately this has to do with what it means to be part of the society in which we live. Because the excluded are no longer the underside, its fringes or its disenfranchised, they are no longer part of it. The excluded are not the “exploited” but the outcast, the “leftovers”.

We cannot pretend to ignore the structural causes of extreme poverty and hunger, the persons that are forced to become refugees or migrants, or those who lose their lives in the sea or at a border. We cannot ignore either the human trafficking or the situation of those women and children forced to work as if they were slaves.

Without hesitation, clearly and strongly the Pope asserts that we have to say “NO” to an economy of exclusion and inequality, because such an economy kills (Cf. “Evangelii Gaudium”, nos. 53, 202).

The Pope knows that even today there are people that defend the so-called trickle-down theory which assumes that more and more economic growth will inevitably bring about greater justice and inclusiveness. But he adds that this theory has never been confirmed by the facts, and simply expresses a naïve trust in those who control the economic power and a kind of myth about the workings of the present economic system (Cf. “Evangelii Gaudium”, no. 54).

Then the Pope appeals to the political leaders, tells them that a financial reform open to ethical considerations will need a strong change of approach, and urges them to face this challenge with determination and an eye to the future (Cf. “Evangelii Gaudium”, no. 58). He also expresses his fears that unless exclusion and inequality are reversed, it will be impossible to eliminate violence, a violence which, as we already know, cannot be resolved by more or new weapons. Weapons and violence only create new and more serious conflicts rather than providing solutions (Cf. “Evangelii Gaudium”, nos. 59~60).

The Principle of the Common Good
Two years after “Evangelii Gaudium”, Pope Francis published a new document about the ecological crisis of the world entitled “Laudato Si’”. In it, and after dealing with the human roots of this crisis, he proposes the following.

Politics must not be subject to the economy, nor should the economy be subject to the dictates of an efficiency-driven paradigm of technocracy. The financial crisis of 2007-2008 was an opportunity to develop a different economy, more attentive to ethical principles, and new ways of regulating speculative financial practices and virtual wealth. But since the response to the crisis did not include a rethinking of the criteria followed until then, today there is an urgent need for a dialogue between politics and economy to serve life, especially human life in the light of the common good (Cf. “Laudato Si’”, no. 189).

The common good is defined in the document “The Church in the Modern World” of the Second Vatican Council as, “the sum of those conditions of social life which allow social groups and their individual members relatively thorough and ready access to their own fulfillment” Cf. no. 26). And it is a principle that the Catholic Church has always emphasized.

What the Gospel’s message tells us, and the only way to an authentic world peace, will be to do away with inequalities, and treating every social group and every person equally without any of these being excluded, through politics and an economy system that really promote the Common Good. This is the very important challenge that the Pope brings forth to every one of us.