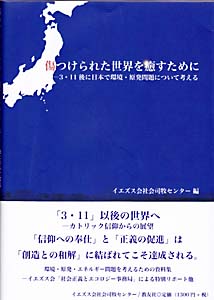 Posted in PUBLICATIONS | Comments Off on BOOK REVIEW – “Healing a Broken World – Reflections on Ecology and Nuclear Energy”: The Great EastJapan