Service of Power according to Fr Pedro Arrupe, SJ

Never before has the world discussed and wondered about the role and position of leadership more than today. In this article, we look into Fr Pedro Arrupe’s manner of leadership as General of the Society of Jesus in a time of moral and religious turmoil after Vatican II. Power, as an authority of service, can be an integral part of governance and a tool of service. In this essay, I will share some points regarding Fr Arrupe’s use of power for service, the relationship between Vatican II and Fr Arrupe, the authority of one serving Christ, and the character of prophetic governance, of Ignatian governance, and of power used for service.

Vatican II and Fr Arrupe
Fr Jean-Yves Calvez, one of Fr Arrupe’s closest collaborators as General Assistant in his administration, once wrote: “Vatican Council II is preparing for its fourth session, which will take place from September 14 to December 8, 1965. Time holds its breath in this crucial period. The new Superior General, too, is getting ready” (Le Premier Pedro Arrupe). Power serves as leadership and authority. Power needs a healthy and humble perspective proceeding from self-awareness. It is the same now as of old. Paradoxically speaking, it is only people who know their inadequacies and their limitations that can learn and grow. That leadership is fundamentally service as affirmed in the Gospel: “Anyone who wants to become great among you must be your servant. Anyone who wants to be the first among you must be your slave.” (Mt 20:26-27) Power needs to be backed with genuineness. The existential knowledge of one’s own inadequacy can be called genuineness. Fr Arrupe seemed ready to learn from others. Genuineness never shuts off the desire of learning, changing, and growing. Fr Arrupe was going to be an amiable, affectionate, open-minded, understanding, and friendly leader. He grew to be a cheerful giver during his leadership. In the use of Power, Fr Arrupe’s innate and developed leadership qualities were revealed.

Nevertheless, it is not difficult to imagine that he must have learned how to deal with adversity and resistance, and that this prepared him for the much broader confrontations of his future: the reforms in the Society of Jesus after Vatican II, the 32nd General Congregation in its critical moment in the Church, manifold internal and external oppositions, both within the Society of Jesus and with the Holy See.

It may not be too much to say that Fr Arrupe was the founder of the consecrated life of the new era presented to the Church by the Council (though it was not understood and realized overnight). I found Fr Arrupe’s approach similar to the authority of service advocated and demonstrated by our present Pope Francis. 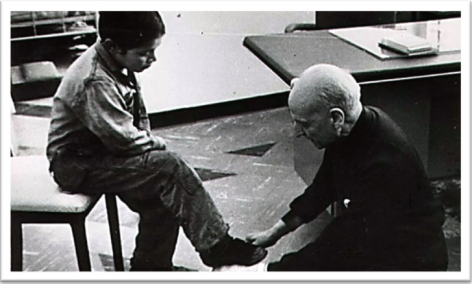 Prophetic Governance
Fr Arrupe can be called a prophet because he explored “new” places at the frontiers, and his was the voice of one crying in the desert (Mt 3:3). Immersed in both Western and Eastern cultures, he experienced differing values and traditions, absorbed and integrated them into a new disposition distinctively his own. Furthermore, he narrated historic events as one who witnessed and participated in them, and survived. All the experiences, encounters, and reflections that influenced him transformed him profoundly.

Ignatian Governance
Amid the irresistible and irreversible transition of the times and of the Church, Fr Arrupe had to transform himself as the leader of a universal Order. He wrote in the last part of his retreat notes: “A great effort must be made to multiply and personalize relations between the General and the Society and its members. […] In this area, no means and no expense should be spared. It is vital for governing the Society in the style of St Ignatius.” (Day 9, Tuesday 10 August 1965)

Fr Arrupe was neither complete nor perfect in the very early phase of his tenure as Superior General. However, he was ready to grow in Power/authority in this new situation. His further growth occurred gradually as he encountered the complex realities of situations in the Church, the Society, and the world. 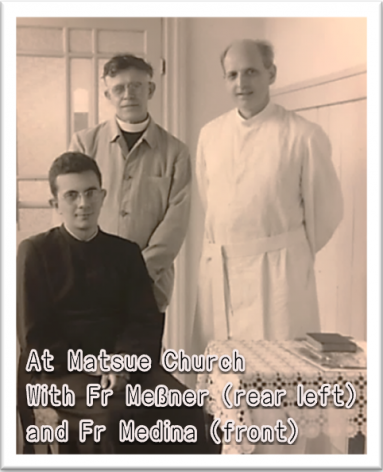 Fr Arrupe eventually abdicated the leadership of the Society of Jesus, but in one sense he did more “leading” than had any predecessor. He recognized that, if the leader himself begins to change, the overall dynamics of the group (if not of every single member) will also change. This was exemplified by the actual changes and transformations of the Society of Jesus during Fr Arrupe’s tenure as Superior General. Especially noteworthy were the decrees of the 32nd General Congregation. That is why Fr Arrupe, in the long history of the Society of Jesus, was considered to be its second founder.

One of the features that Ignatius of Loyola addresses in the Constitutions of the Society is a manner of governance that centers on human relationships. Attention is given to the consideration of each member’s mental, physical, and spiritual life, aimed at assigning the human resources best suited to carry out the given missions. It is the so-called tradition of cura personalis. Fr Arrupe’s method, similarly, was not top-down but, rather, each member was encouraged to act in a Jesuit manner, sharing trust and freedom.

First of all, the value of Power for the Kingdom of God is a value of self-transcendence. As Fr Arrupe wrote in his retreat notes immediately after his election as Superior General: “All the gifts and graces have been granted not for myself but for the Society and the Church. […] An enormous grace, but also an enormous responsibility.” (Day 1, Monday 2 August 1965) This showed that he knew from the very beginning how tremendous this particular service would be, and at the same time how dangerous it could be if not used properly. Somehow this corresponded to what he said in the 33rd General Congregation of the Society of Jesus, in the very last moments of his tenure: “His [God’s] generosity toward me has been boundless. For my part, I have tried to respond, knowing well that all his gifts were for the Society, to be shared with each and every Jesuit. This has been my persistent effort.” Here we can see the consistency of Fr Arrupe’s effort at self-transcendence throughout his tenure as Superior General. 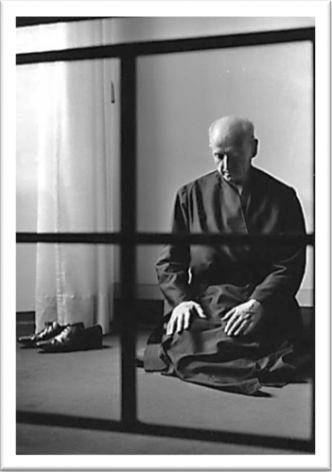 In the Judeo-Christian view, Power is always retained by God, the almighty Creator of heaven and earth, and Power is defined in the context of salvation history. Authority was bestowed on a king, Saul, when the people of Israel rejected the sovereignty of God and asked for a human king instead (1 Sam 8). Thus, the Power of the king originally derived from God, who alone is almighty Power. But the human kings failed and went astray. Power lured the minds and hearts of the people away from the good and brought them to suffer from its misuse. That is why prudence and a sense of justice are prerequisites for handling Power.

Prudent and just use of Power is not impulsive or reactive, but self-giving and humble, because one seeks the legitimate meaning of Power and opens oneself to “Power in common.” (Ricoeur, Oneself as Another) The communitarian view suggests a communal disposition of Power to work and to live together. In fact, this is all about synodality. This inclusive element of Power draws a clear line in opposition to violations in the use of Power.

Fr Arrupe taught us that the person who lives for others is one who offers oneself generously, and that fostering the solidarity of living together is at the root of Jesuit education. The experience of Jesuit education for those who participate in it is an effective opportunity to grow with Christ. Fr Arrupe advocated the use of evangelical and humanistic Power in such service. This is not merely a philosophical remark, but also a summary of the service which was characteristic of Fr Arrupe’s authority. This spirit was the basis for promoting justice in the 32nd General Congregation.

Serving Christ
Fr Arrupe said: “He (Christ) has been my ideal from the moment of my entrance into the Society. He was and continues to be my way. He was and still is my strength.” (One Jesuit’s Spiritual Journey) The central nuclear motivation was, for Fr Arrupe, the person of Christ.

Fr Arrupe surrendered himself to Christ the King, just as had his predecessor Ignatius of Loyola, choosing to do whatever God desired and to follow wherever God led. Fr Arrupe kept surrendering himself and was transformed gradually into a person both more human and more God’s own.

When illness ended his service as Superior General, Fr Arrupe entrusted his whole self to God, bearing in mind the sense of Christ (sensus Christi) which he had nurtured during the course of his life. In his later years, even when deprived of the freedom of full physical functions, he lived in silent fellowship with the “soul visitor” he loved.

I would like to conclude this discussion with Father Arrupe’s prayer.

Grant me, O Lord,
to see everything now with new eyes,
to discern and test the spirits
that help me read the signs of the times,
to relish the things that are yours
and to communicate them to others.
Give me the clarity of understanding
that you gave Ignatius.