I belong to a small civic group of volunteers called the “Kirakiraboshi (Twinkle Stars) Network.” We support evacuee families to help them return to their normal life after having been deprived of their homes as a result of the Tokyo Electric Fukushima nuclear plant disaster. Since the network was established in September 2011 we been active for evacuee families, especially mothers with children, who had to be evacuated from zones affected by the tsunami and Fukushima disasters. 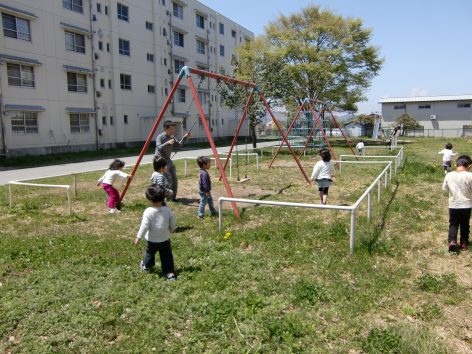 Our ordinary activities are as follows: study circles to assist school children with their homework, exchange activities for families, recreation programs like rehabilitation and health recovery for Fukushima residents and evacuees, outdoor picnics and charity events. Additionally, in two cities of Yamagata Prefecture, Yonezawa and Yamagata, once every two or three months we provide a consultation desk and an exchange parlor for evacuees in that area. Catholics from various parishes also participate in our activities and this helps them link their activities with ours.

By losing our homes do we become homeless or displaced persons?
Most of the families with whom we ordinarily work are evacuees coming from sites not designated as evacuation areas due to the nuclear accident. Most of them are constantly living in fear: “Will we be wandering about like foreign refugees next year at this time?” or “Will we become homeless families, having lost our homes?” I wonder how many are aware of this situation.

Evacuees from areas not designated as nuclear accident sites practically cannot receive compensation either from the State or from the Tokyo Electric Power Company. The only assistance provided by the State and the Prefecture is free housing. After the nuclear accident, not only evacuees from non-designated evacuation sites, but also many residents escaping radiation damages from various other places in Fukushima moved to various parts of the country and the State as well as Fukushima Prefecture supplied free housing.

Many who evacuated inside the devastated prefectures of Miyagi, Iwate, and Fukushima received newly built temporary housing, and for those who moved to non-devastated regions free public as well as private housing is being offered. Nevertheless, the period for using such housing has been limited.

Officials claim that the nuclear accident has concluded, there is practically no more radiation, and except for some few sites all places are safe. In this way they try to justify the official desire of the government to have evacuees from outside evacuation areas return to Fukushima Prefecture. Making the evacuees return home and decreasing their numbers manifest the official position that, after all, the nuclear damage was not so great and there was not much impact from the accident. People think that these claims are ways to make more concrete the declaration that the nuclear accident has concluded.

Evacuees from undesignated evacuation areas have been made light of by urging this national policy to return. Every two years, when the term of their stay in the housing provided is about to expire, they start again a movement to gather signatures and lobby government officials and Diet members to extend the term of their housing and have made efforts to obtain the evacuation site as their own home. Right away they were promised housing for a period of a few years, but there has been no guarantee that they will be able to continue to live there securely. 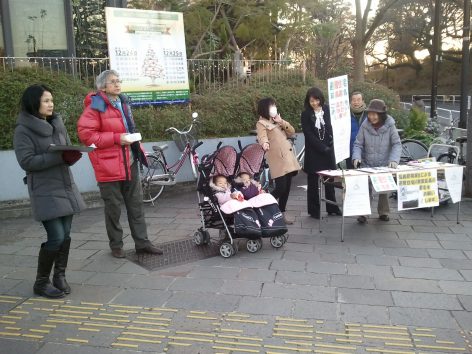 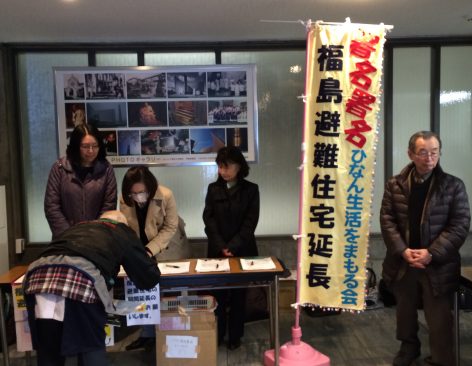 What will happen if I lose my home?
Among evacuees from non-designated areas there are mothers living apart from their families and husbands. Evacuees must work to provide for daily needs of double life. There are also evacuee families that cannot get jobs to earn as much as they did before the evacuation. Economic distress leads many families to divorce and separation. Thus it cannot yet be said that they will be able to recover their former ordinary family life.

Evacuees have to bear many unavoidable hardships during evacuation. Additionally, if free housing is taken away from them, they will be obliged to secure their own housing and will have to pay rent or buy a house, which will impose a heavy economic burden on them. As a result, they cannot continue living as evacuees, their lives will be basically shaken, and this will directly lead to bankruptcy.

Again, since it is not clear what will happen after the spring of next year, the prospects for the schooling and future education of the children of evacuee families seem gloomy. The children are also nervous because they do not know where they are going to live and thus they do not know which schools to go to. This involves a big problem for their future.

Several evacuees were saying, “I often thought of homeless and refugee people as alien people living far away, but once I lost my home I began to think that my own surroundings are practically the same as theirs. I don’t mind having to live in a tent in a park, but I prefer to continue living in a place which I can assuredly call my home. When I see homeless people living in a small hut, I feel somewhat envious because they have a home.”

Evacuees are driven into a corner. I hear that children ask often their parents anxiously, “Can we go to a middle high school in Tokyo?” or “Do we have to return to Fukushima?” or “Will we lose our house and have no place to stay?” The nuclear accident has caused great damage to the victims because it has not only destroyed their native place where they lived in security, but has also occasioned much mental distress.

We should not let evacuees live vagrant lives. Listen to these weak people.
The huge earthquake and nuclear accident disasters were unexpected and Fukushima was an even greater disaster than Chernobyl. The life of the victims in evacuation sites has dragged on terribly long. How to meet the needs of nuclear accident victims and displaced persons has not been faced in Japan and, especially when it comes to evacuees from outside the dangerous areas, the only seeming assistance may continue for years in a helpless life situation.

Evacuees from a nuclear accident are victims. They became displaced in order to protect their lives and their living from the dangers and damages of the radiation caused by the accident. Halting free evacuation housing for displaced people from undesignated evacuation sites next year means that these victims can neither remain in the evacuation sites nor return to Fukushima, where there is still danger of being affected by radiation. Consequently, they are driven into situations as refugees wandering about with nowhere to stay. Such is also the condition of homeless people who have lost a “home,” their base for living. Deeply wounded and tossed about by the nuclear accident, evacuees are anxiously confronting suffering and the real fear of a vagrant life. We must find out how to build a society where they can live in security. Living in this small country, can we not hear the cries of the weak around us and do something active to help them? 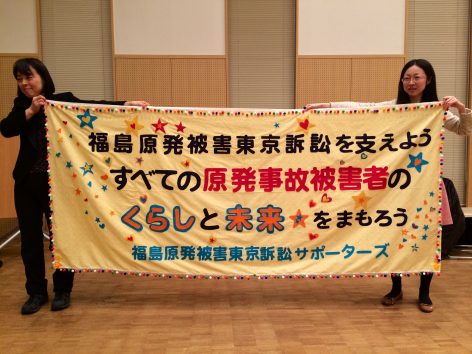