Social Imagination to Foresee the Future

We have been commemorating the 50th anniversary of the closing of the Second Vatican Council, which brought substantial changes to the Catholic Church all around the world. In this article I want to focus on how the Council positively influenced lay people’s movements.

The history of Christian lay organizations is rather young. Organized lay apostolates are a phenomenon of modern times. Around the year 200, when Christianity was expanding in the world, the Epistle to Diognetus depicted a body of Christian believers who give testimony to their faith by the witness of their lives. Later, around the 4th century, the apostolic role of the laity declined, giving rise to clericalism. In the Middle Ages the same trend continued, since clerics were more highly educated than the laity. Later, in the 16th century, this attitude was reinforced during the Catholic Counter-Reformation, which strongly affirmed the hierarchical structure within the Church.
The 19th century provided a new opening with personalities like John Henry Newman, who stressed the role of the laity in his book On Consulting the Faithful in Matters of Doctrine (1859). The emerging democracy in the United States of America also influenced Christians in establishing lay movements. But on the other hand, the “Schema on the Church” prepared for discussion at the First Vatican Council (1869-1870) reflected the prevailing view that “Christ’s Church is not a society of equals…” Clerics were considered to rule the laity while the laity’s duty was to obey. This was symbolized by the Code of Canon Law (1917), which contained few references to lay people. 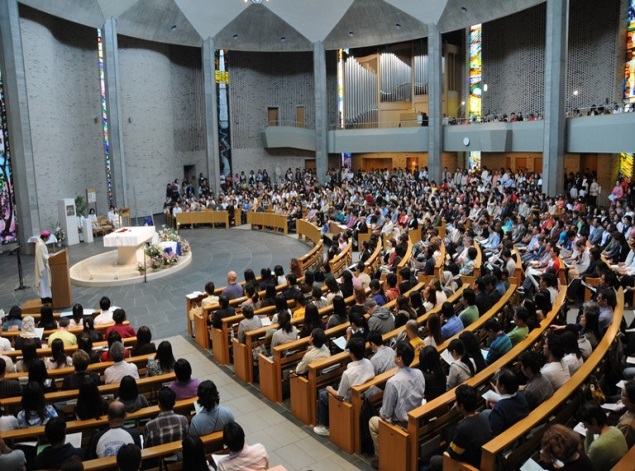 The huge “tsunami” of the emerging industrial revolution, which created radical changes in the social landscape of the West, had not yet reached Vatican shores. Nevertheless, Pope Leo XIII’s encyclical Rerum Novarum (1891) on the dramatic situation of workers and the Catholic Action movement promoted by Pope Pius XI (1922-1939) marked new thinking about the participation of the laity in the apostolate of the hierarchy. Later, the Young Christian Workers founded by Cardinal Joseph Cardijn (1882-1967) and several other groups, which trained Catholic laypeople for action in education, work places, family life etc., provided the framework for Vatican II (1962-1965). Two conciliar documents were especially important for their teaching on the apostolate of the laity—the Dogmatic Constitution on the Church (Lumen Gentium) and the Decree on the Apostolate of Laypeople. The Code of Canon Law revised in 1983 stressed the important obligations and rights belonging to laypeople. There have subsequently been a number of official Church documents stressing the vocation and mission of the laity in the Church and in the world, including the 1987 Synod of Bishops and John Paul II’s Apostolic Exhortation Christi Fideles Laici (1989) as well as recent addresses of Pope Francis. But let me first recall some important background information.

Times of a Silent Revolution within the Church
First of all, Pope Leo XIII was a pioneer in establishing the basis and foundation for the Church to become fully involved in solving the unjust situation of workers. The Church has always followed Christ in taking the side of the poor and the weak, but it can rightly be said that outside events provoked deep changes within the Church. The Industrial Revolution created serious unjust situations for workers, mainly for children and young women, who were abused and exploited by the primary concern for making a maximum profit by exploiting human and natural resources.
While the official Church remained silent, Karl Marx took the initiative to become the voice of oppressed workers of the time. There were certainly several locally based Catholic groups taking the side of unjustly treated workers which tried to change their situation. Finally, the strong cries of workers themselves awoke the official Church to take a strong stand on their behalf. Rerum Novarum is still today considered to be the Catholic Charter for Workers. Since then all official documents with regard to Catholic social teaching go back to the basics proposed by Rerum Novarum: “The human person was created in the image of God.”
During the first half of the 20th century, with two terrible world wars and the worldwide economic depression of 1923, the official Church took clear stands and made public statements inviting Catholics to act toward changing unjust situations. Pope John XXIII inaugurated a new era for official involvement of the Catholic Church with the secular world, and laypeople saw there a green light showing how to live their Christian faith in their various societies. Vatican II, summoned by Pope John XXIII, opened doors for the Church to go out and to meet people living and working in society. 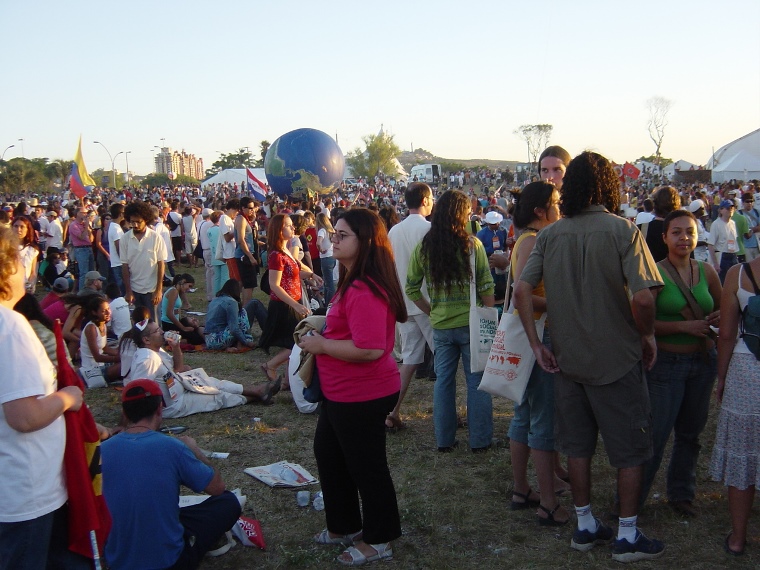 All that, in combination with public documents of the official Church, from John XIII’s Mater et Magistra (1961) and Pacem in Terris (1963) to Paul VI’s Evangelii Nuntiandi (1975), showed how to give Christian witness in our societies.
It is not my aim to give a detailed account here of the content of these documents and those which followed by Popes John Paul II and Benedict XVI. I just want to mention two recent addresses of the present Pope Francis to laypeople.
The first one was given to thousands in Saint Peter’s Square on May 18, 2013. The Pope manifested there his faith experiences and spoke about how to communicate the faith effectively today using three keywords: Jesus, Prayer, and Witness. “Witness is what counts,” he said. “A time of crisis, like the one we are living through now, is not merely an economic crisis. It is a human crisis. Man himself is in danger of being destroyed! But man is the image of God. Do not withdraw into yourselves, or you will run the danger of falling ill! The Church must step outside of herself. We must do what Jesus does: encounter others, encounter the poor. In order to proclaim the Gospel, two virtues are essential: courage and patience. Do you pray for your brothers and sisters who are suffering atrociously?”
And just a few months ago, on October 28, 2014, Pope Francis addressed members of NGOs and other popular movements gathered at the Vatican. This time they were people representing many different civic groups with or without any religious affiliation. He addressed them as a big sign for a world that tries to silence the fight of the poor by reacting against injustices caused to them. “The poor will not wait any longer and want to become actors in solidarity so as to rise from their poverty and oppression. In union with you we desire that their voice be clearly heard. It is sad to realize that so many persons lack Land, Shelter and Work.
“Land. God, from the beginning of Creation wanted man to take care of Nature in community, but millions of farmers have been uprooted from their land. As a result, hunger has become a global scandal tormenting and killing millions.
“Shelter. A home for each family to live decently and build communities… Cities provide comfort to many, while thousands, even children, live on the street, homeless… Let’s continue working so that all families may enjoy a home with a community environment suitable for decent human survival.
“Employment. The worst material poverty is the lack of opportunities to be able to gain daily food, to be deprived of human dignity because of unemployment. Economic systems place profit ahead of the human person, and thus people are not only exploited but also excluded and alienated from society. The human person is the image of God which must be at the center of all social or economic systems. Money has displaced the human person by transposing social values. The attitude of indifference towards the other (Why should I care about others?) has become global, and since God has been put aside, we have become orphans.
“I sympathize with you. We must produce systematic changes with high ideals. We Christians have a beautiful guide of action, something like a revolutionary program, based in the Gospel. Let’s work together to revitalize our democracies and actively create new ways of participation, without resentment, with love. I accompany you in your struggle.” (Excerpts from Pope Francis’ Spanish address to delegates of international popular movements on October 28, 2014)

Concluding Remarks for our Japanese Church
Laypeople, as members of the Church, have specific roles as Christians in social involvement and, as citizens, they are strongly invited to give witness to their Christian faith in society. At the same time, laypeople need training in Catholic social thinking, in contacts and involvement with the poor, in cooperation with other organizations and citizen groups, and in the use of modern means of communication.
Clerics and religious are in dire need of training to know and analyze the present situations of our Japanese society, contrasting them with modern Catholic thinking in order to draw conclusions so as to revitalize our evangelization in Japan. Active involvement with the poor and cooperation with citizens or organizations of other religions working alongside the poor will provide true testimony of our real intentions. Gratuitous service will be our sign.