Book Review: What is Hate Speech?

Responding to the August recommendation of the UN Committee for the Elimination of Racial Discrimination, the examination project team of Japan’s Liberal Democratic Party on Hate Speech requested the National Police Agency on Oct. 15th to examine measures to restrict the permitted range of racist demonstration according to current law.
Even though demonstrations have subsided, a variety of books slandering China and South Korea are now lined up in bookstores along with books praising war and Hitler’s speeches. Also on the website, hate speech has not abated.

Lawyer Morooka’s book is one of the few criticizing hate speech. She does a stern but calm analysis of the current state of racism in Japan and the issues of legal control from the standpoint of minority advocacy.
What we should really think about is not the ferocity of antiforeign demos but the views that confuse hatred with freedom of expression, and the historical discrimination against “Zainichi” foreign residents in Japan by the Japanese government and nation since WWII (see p. 25f.). “The Japanese government has the first degree of responsibility, legally as well as historically, to eliminate discrimination so its present onlooker attitude cannot be allowed” (p. 170).
The author analyzes cases of legal control in foreign countries. Does not the structure of Australian national hostility against immigrants, associated with the worsening economy (p. 124), appear similar to Japanese society today?
Christ likened hostility to murder. But, on the other hand, over the course of his life, he loved those who persecuted him and opened the way to peace. Christians are also a minority in Japan. We are now being challenged through reconciliation and solidarity to overcome hatred at the risk of our own life and not only from institutional aspects. 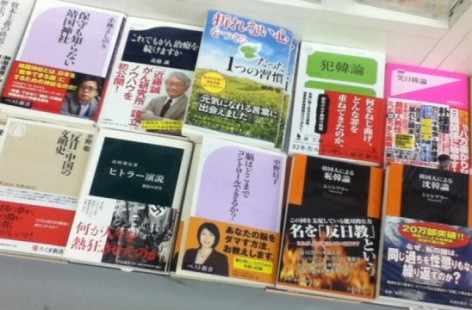