From the Catholic World（173）

Pope Francis: Pacem in Terris a guide for a better, peaceful world
Vatican, Oct. 3: (Vatican Radio) Experts from Catholic universities and institutions, the UN, and other international organizations have gathered in Rome at the request of the Pontifical Council for Justice and Peace to discuss the relevance of Blessed Pope John XXIII’s Cold War era Encyclical “Pacem in Terris” [“Peace on Earth”], in the promotion today of a more peaceful world. Pope Francis told the participants celebrating the fiftieth anniversary of the 1963 Encyclical Letter that it remains “extremely contemporary” and can act as a guide to peace-building in today’s world. 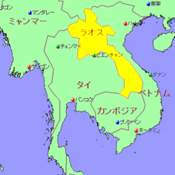 Laos, Sep. 26: (Zenit.org) According to a report by Fides News Agency, Christians living in a local district of Laos have been told that they must either renounce their faith or risk expulsion from their district. The measure was enacted amid growing concerns from civil authorities in the Ad-saphangthong district of the rise in Christian conversions in several villages.
Though Christians rejected the decision, saying that the religious freedom is guaranteed by the Constitution of Laos, the civil authorities announced the measure on September 21st at a meeting that was attended by “people of all religions” in the village of Huay. They also expressed their resolve to suffer expulsion rather than renouncing their faith.

Agencies stretching to meet needs of Syrians displaced by civil war
Syria, Sep. 24: (Catholic News Service) Governments and nongovernmental agencies are struggling to keep up with the needs and pressures created by the displacement of nearly a third of Syria’s population because of the country’s civil war. Representatives of several Catholic agencies that are involved at various levels told Catholic News Service that their programs include helping make sure children can go to school and get help dealing with psychological trauma, as well as providing the basics for survival, such as food, water, housing and medicines. It is believed that almost one-third of Syria’s 22 million people have been displaced by the civil war, including an estimated 2 million who have fled the country –typically referred to as refugees–and about 5 million who have been forced from their homes but remain in Syria–generally called “internally displaced.”

US Bishops Oppose Move to Cut Food Stamps Funding
Washington, D.C. Sep. 12: (Zenit.org) The chairman of the U.S. Bishops’ Committee on Domestic Justice and Human Development urged the U.S. House of Representatives not to accept a proposed $40 billion in cuts to the Supplemental Nutrition Assistance Program (SNAP), formerly known as food stamps. Bishop Stephen Blaire of Stockton, California, called the program “one of the most effective and important federal programs to combat hunger in the nation.”

Vatican: war is always a defeat for humanity

Vatican, Sep. 9: (JRS News) Tens of thousands of people answered the call by Pope Francis for a cry for peace in Syria on Sep. 7, a call which was echoed by Christians and non-Christians alike in vigils around the world. According to the Vatican, 100,000 took part in the Rome event in St Peter’s Square, making it one of the largest rallies in the West for peace in Syria since proposed military action a week ago.
Pope Francis spent most of the five-hour vigil in silence, but when he spoke he emphasized the futility and danger of war, the duties of men, and the need for governments to map out a pathway to a negotiated, non-violent solution in Syria. During his speech the Holy Father issued a plea for peace, condemning those who are “captivated by the idols of dominion and power” which then opens the door “to violence, indifference, and conflict.”