A Land of Triple Suffering ー Earthquake, Tsunami and Radioactive Pollution ー

As a result of the Great East Japan Earthquake of 2011, Fukushima has become a terribly tragic area. The damage from radioactive pollution is especially serious and extensive and has forced not only residents but also Nature itself to travel along a very difficult and dangerous road.
The earthquake and tsunami themselves involved many victims, but on top of that, the scattering of radioactive elements due to the disaster at the nuclear plant continues to cause unimaginable damage. Moreover, despite or even because of its invisibility, radiation brings harm and degeneration to many living things in ways unknown to us. The Fukushima area has become a threatening target of nuclear radiation, a disaster area of triple suffering.
My office is always crowded with people that have lost their homes due to the earthquake and tsunami. They submit petitions to move from temporary shelters to new housing—independent units, apartments、 or row houses. We listen to their desires, explain the situation and conditions, and then help select housing. Within the town construction is moving forward at many designated sites. The soonest people will be able to move into them will be around November of this year. 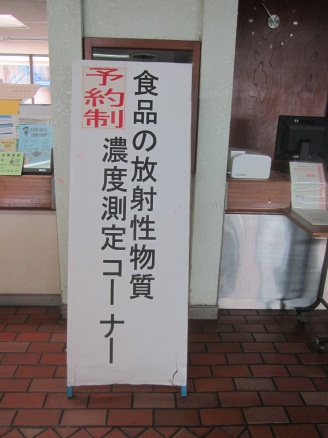 Almost two years have passed since the earthquake disaster, but many people are still living in temporary shelters. Many of those who were living near the coast and lost their dwellings to the tsunami are elderly. It is very painful to see them drag themselves along step by step on a freezing cold day to come and ask desperately for a new living accommodations.
At the other end of the counter farmers come bringing their vegetables to check their radiation level. A large sign reads, “Reservation corner to measure the radiation level of food.” Many make a reservation by phone and the number of people coming has increased.
Many people are forced to do unaccustomed things to avoid having their produce contaminated by radiation so that they can sell them to make a living.
Merely eating any kind of vegetables, heedless of radiation contamination, increases the risk of radioactive damage. Data from group medical examinations show this clearly. A medical doctor gave a public lecture at a small community center on physical damages from radiation. Surprisingly, almost no young people were present, like mothers with small children. Most of the participants were elderly. The aim the meeting was to warn people about food dangers, based on an analysis of the results of a full medical examination conducted on about 3000 people in the neighboring town, Minami Soma City.
Minami Soma started a full medical examination on quantities of radiation (average 2.0μSv/h) from the mountainous Tamano region. All farmers living there, including about 30 small children, have moved to Iidate village and the neighborhood. The medical doctor said, “I sighed with relief. We did not detect as much cesium as we had imagined. The care taken by each family regarding food intake has reduced the quantity of cesium in the body. If people select foods cleared by medical tests, there will be no further problems.”
On the other hand, some continue eating homegrown food products just as before the nuclear accident without checking them and thus become exposed to radiation. Medical tests have shown clearly that the quantity of cesium particles ingested into the body remain there at high levels. The lecture concluded that it was very important for people’s safety to check food ingredients used for cooking so as not to be exposed to radiation.
Since Nature is plentiful and the land is full of rice fields, most people were accustomed to eat the homegrown vegetables they had raised carefully. That was normal life. Of course, there were also people living from the sea, like fishermen and shell-gatherers. All this is totally gone.
This situation must be taken seriously. People must confront it, reflect on it, and move in the right direction. Nature, comprising land, water, the atmosphere, flora and fauna, has suddenly been tainted by nuclear pollution. What does such a situation entail? The meaning of nuclear pollution is not understood. People are requested not to till the land. Fish swim in the ocean, but people can no longer engage in fishing. These are skilled people, but in fact they have lost their livelihood. When I spoke with a farmer living nearby after the earthquake disaster, I reflected on the cruel situation left behind by the nuclear pollution and cried. “What a pity! What a shame!” This feeling of regret and compassion still continue to affect me.
Efforts must be made not to repeat such a nuclear disaster. In Japan the danger from nuclear plants can be totally stopped. Some assert that nuclear plants should be allowed to start up again. This is not unlike the assertion that nuclear pollution resulting from the Fukushima nuclear disaster does not affect the human body at all. The answer to both assertions is NO.
A check of historical records concerning earthquakes in Japan and a look at the location of nuclear plants make it obvious that, despite the whole country being earthquake-prone, nuclear plants abound. A strong earthquake could occur at any place where a nuclear plant is located. The belief that nuclear plants are 100% safe is a myth. It is deceptive to swallow that assertion. If we do not take to heart the lesson of the Fukushima nuclear plant disaster, all the sacrifice it has entailed will have been in vain.
Once nuclear pollution starts, it is a most difficult task to remove it. If we take seriously the tragedy brought about by nuclear pollution and the abnormality of life it imposes on our fellow humans, we cannot accept the shallow assertion that nuclear plants somehow seem safe.
The average quantity of radiation at public parks outside Soma City remains at around 0.25μSv/h. In other words, the city of Soma is a “hibachi land” of low radiation level. I asked the lecturer about low radiation level. The answer was ambiguous: “Well, we are going to end up in theological and philosophical terms”…
I asked the same at a different public lecture given by a medical doctor who had been examining the results of the Chernobyl nuclear accident. The answer was, “There is no clear definition, either medically or scientifically, about low radiation pollution.” In other words, we do not know how it affects the human body. If people ask whether it is safe or not to continue to live in such polluted regions, a clear answer cannot be given.
Radiation destroys the DNA. This, I heard, is the reason why people should leave polluted regions. I am not a scientific expert on that. I am totally ignorant about radioactive elements and the influence they have on living things, but I can show how difficult it is to know the true facts in the situation we live in. The degree of knowledge and different awareness people have with regard to the dangers of radiation vary from person to person. The fact that the degree of awareness with regard to these dangers is low leaves people unguarded and unable to protect themselves. 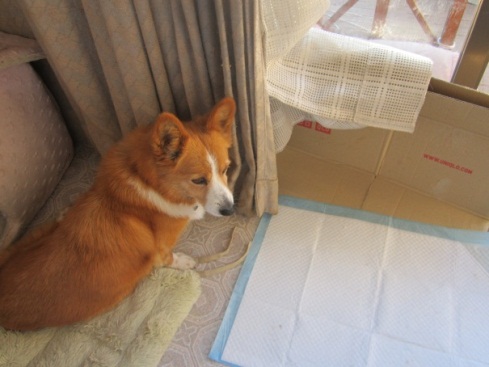 Measures are taken to remove radioactive contamination because it is necessary to lower the level of radiation. Nevertheless, the density of radioactive substances emitted in the atmosphere and the nearby sea and the dangers involved to people living in the vicinity of the Fukushima plant are not well understood by local residents. This lack of awareness creates the tragic situation where avoidable danger is not avoided.
Since the beginning of December last year, cold and snowy weather has continued. Before the nuclear disaster, when snow covered everything, dogs liked to jump around in it. Since the nuclear tragedy, however, people hesitate to let their dogs go outside due to the possibility of getting polluted by radiation. But it is inconvenient not to let them out, so they allow them to play outside for a while, thus exposing them to possible radiation. Dogs spend their time inside every day looking out the window at the white landscape. The sun coming in through the windows warms them. The least people can do is console them by massaging bodies. People are also consoled that way.
An unreasonable fear penetrates the human body during the cold winter, and people are forced merely to observe the Nature they cannot touch anymore. Before long it will be two years since the Great East Japan Earthquake.Nevertheless, in areas where for the second year radioactive pollution remains, special concerns involving radiation continue.