In Tokyo nowadays it is not unusual to hear Chinese spoken in the trains and over the speakers in Akihabara stores. At least one out of every hundred people in Tokyo is a recent Chinese immigrant from the PRC (“mainland China”). Since about 1980, after policy changes following the death of Mao Zedong (ｄ．1976), the number of Chinese coming to Japan has steadily increased so that now they are the most numerous of any one nationality–close to 30%– among all foreigners in Japan. 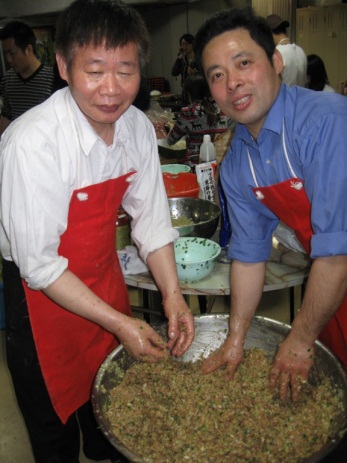 Why do they come? To better their life. Many are admitted to study, first in a language school, then in a university or technical school, but usually with the hope of working–even part-time while studying, and then getting a more permanent job in Japan later. Some women gain entry into Japan as wives of Japanese, often in a “paper” marriage arranged by a broker  Up until about 2005, when the police began a largely successful campaign to arrest and deport illegal residents, some had overstayed their visa in order to gain enough money for the future of their family or to launch a business after going back to China.
Are many of them Catholic? After much suffering and turmoil from the founding of the PRC (1949) until about 1980, the Catholic Church, as well as each of the other four recognized religions, is now free to have open churches and carry on all kinds of religious activity, but under close supervision of the government through the Chinese Catholic Patriotic Association (CCPA. A considerable number of bishops, priests, and believers do not follow the directives of the CCPA, and carry on church activities without official approval. They are the so-called “underground Church” community to which perhaps as many as 35% adhere.
In China, the estimated number of all Catholics is 12,000,000–about 1% of the total population. Because seminaries and Sisters training programs were suppressed from about 1950 to 1980, most of the bishops, priests, and Sisters are under 45 with only a few over 80 who were ordained before the 1950’s. Many of the faithful are also young. It is a very young Church, but a Church without experienced senior leaders aged 50 to 80. In recent years, several hundreds of young priests and Sisters have done advanced studies in theology and pastoral fields in Europe and the U.S.A. with the help of Church organizations.
From the early 1950’s the government set up for all religions the “Three-Self” policy: self propagation, self administration, and self support. In practice this means that only PRC citizens may engage in evangelization and pastoral work; all officials (bishops, priests, Sisters) in the Church must be citizens of the PRC; and the Church is to be supported from within China. Each religion must form a semi-government organization, for Catholics, the CCPA, to supervise the execution of government policy The government does not, in principle, recognize the right of the Pope, a foreign, non-Chinese entity, to nominate bishops. Often the candidate proposed by the CCPA for bishop is accepted also by the Pope, and so the bishop can be both validly ordained and acceptable to the government. However, sometimes the Pope, finding the candidate unacceptable, requests the priest to withdraw. However, the priest under pressure from the CCPA accepts to be ordained illicitly, in violation of church law. Also, bishops who are to give the ordination or take part in such a ceremony may also be pressured by the government in various ways (bribes, blandishment, or threats) to take part in an illicit ordination. The result, however, is confusion, because such a bishop is, by church law excommunicated and without valid jurisdiction over the priests and faithful. Among more than 100 bishops, such illicitly ordained bishops are not many, but in those areas where the local bishop has been illicitly ordained, the priests, Sisters and believers are left without guidance, and confusion results. 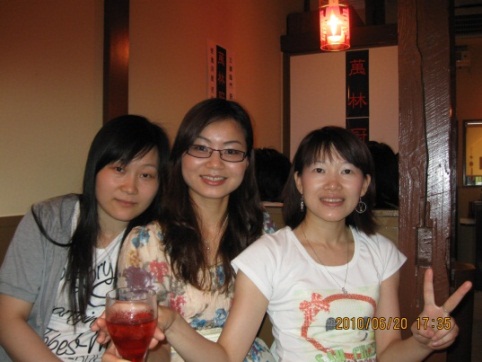 At the request of some Chinese Catholics in Tokyo in 1987, a monthly Mass for Chinese began on the campus of Sophia University, and in 1991 the Jesuit Catholic Center was launched in an old dormitory in Nakano Ward. In 2001, the pastor and faithful of Ueno Catholic Church offered to form an integrated community with the Chinese Catholics and provide office and activity space. Now every Sunday at 1:30 pm in Ueno Church, there is a Mass in Chinese, and the Sacraments are provided. Fr. Inoue Kiyoshi, S.J.is the Director., assisted by Frs. R. Deiters, S. Yamaoka, Fr. Yang of Kichijoji parish, and by several bi-lingual staff members. The Center is part of Ueno parish under the pastor Fr. Nishikawa.
For most of the Catholics we meet in Tokyo, while they are in Japan, these problems of the ordination of bishops do not directly concern them, and so they practice their faith freely, and enjoy coming to the Jesuit China Center on Sunday where they can meet friends of the same faith, language, and homeland. A large number are from the same region of Fujian Province, and are connected by family or mutual friendships.
Usually about 150 attend Sunday Mass. On big feast days such as Christmas or Easter, the Mass is celebrated by the Japanese and Chinese together, with Scripture reading and sermon, as well as singing in both languages. At such times, Ueno Church is packed with many standing. The Chinese consider themselves one with the Japanese faithful, taking part in the planning of the liturgy as well as the cleaning, decoration, and maintenance of the church facilities. We consider our Ueno Church community to be one example of an integrated community of Japanese and immigrant Catholics.