Pope Francis, elected as the 266th pope in March 2013, has made his 32nd foreign Apostolic Journey to Thailand November 19~23 and to Japan November 23~26. Thailand and Japan, both Asian countries with Christian minorities, both still maintain the death penalty. Compared with Thailand, Japan is the country with the greater number of annual executions by hanging. On the other hand, death penalty executions in Thailand are rather rare and lenient. An execution by drug injection in Thailand in June 2018 was the first in 9 years. This shows a great difference from the situation in Japan. 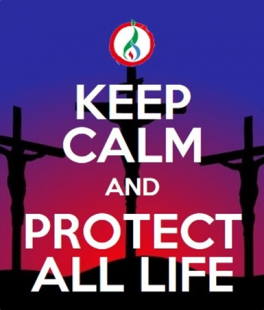 During his visits this time, Pope Francis did not make as it was expected an international public appeal for the abolition of the death penalty which had attracted public attention in advance of his visit. Would he mention Thailand and Japan by name, as countries still maintaining the death penalty? Was he not going to receive in audience Mr. Hakamada Iwao, a prisoner given a death penalty, who received baptism as a Catholic in 1984 after being imprisoned? The Pope had selected “Protect All Life” as his motto for this pastoral visit to Japan. This seemed to be a hopeful sign that the Pope would initiate some action toward abolition of the death penalty. Since the Catholic Church “Protects All Life,” it would be natural to include also the “life of a prisoner on death row” especially during the Nagasaki Mass of Christ the King, during which the words of Jesus executed on the cross promised another condemned criminal: “Today, you will be with me in Paradise” (Luke 23:35~43). 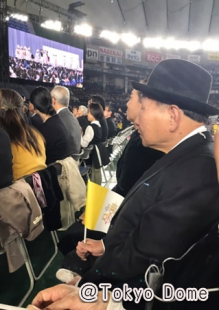 Nevertheless, in fact, neither was there a public statement on abolition of the death penalty, nor did the Pope have an audience with Mr. Hakamada. On the other hand, Mr. Hakamada was invited to the Pope’s Mass in the Tokyo Dome and it became clear that, during the meeting of the Pope with Prime Minister Abe, the death penalty was one of the matters discussed. In the press conference on the plane during his journey back home, the Pope mentioned that the death penalty is clearly immoral, and we must fight against it little by little (a poco a poco). In order to “Protect All Life,” the Pope vowed to make all efforts to implement the revision done of the Catholic Catechism on death penalty (article 2267) to express the decision of the Catholic Church saying, “Our intention is that all over the world the death penalty should be abolished.” 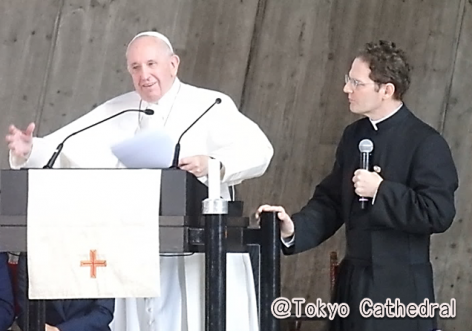