Women and the Catholic Church

― People of God vs. Hierarchical Church ― 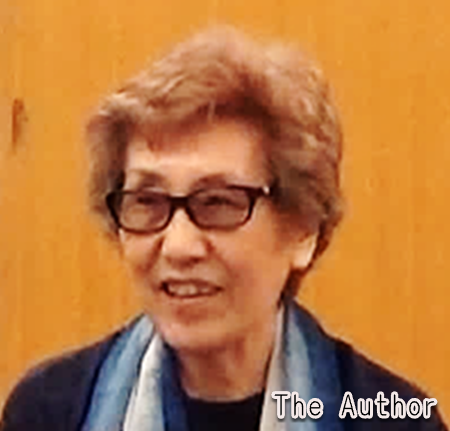 We often see “Women and the Catholic Church” as the title of a talk or an article. The question is, since women are members of the Catholic Church, does it make sense to treat them as if they were not. However, we know that the title invites us to reflect on the real problem that exists in the Church. The fundamental question could be expressed: “The Hierarchical Church and the People of God?”

Pope Francis, in his first Apostolic Exhortation “Joy of the Gospel” said, “We need to create still broader opportunities for a more incisive female presence in the Church. Because the feminine genius is needed in all expressions in the life of society, the presence of women must also be guaranteed in the workplace and in the various other settings where important decisions are made, both in the Church and in social structures.” (103—emphasis added) 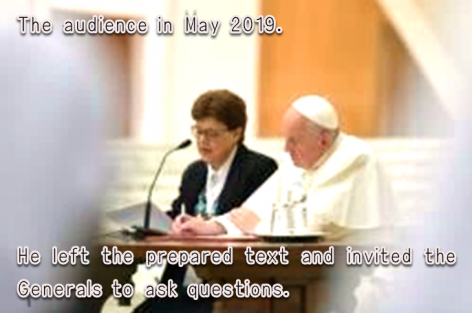 Pope Francis, ever since he became the head of the Catholic Church in 2013, has expended much effort to include women in the structures and programs of the Vatican. Indeed, no other Supreme Pontiff has ever made so many changes in this respect. He appointed two laywomen as the first two Undersecretaries of the Dicastery for Laity, Family, and Life. Three women speakers, two lay and one religious, spoke at the Sexual Abuse Summit in February 2019 and had a significant impact. Cardinal Gracias, one of the organizers of the Summit, said that the interventions of the three women added a significant qualitative thrust to the process of the Summit.

We need to note the fact that the members of the executive committee of the “International Union of Superiors General of Women” (UISG) participated in the Summit for the first time in the history of the Vatican. The executive committee of the “Union of Superiors General of Men” (USG) was always present at the Synods with voting rights for priests, while the UISG was never invited. Before the “Synod of the Family” in 2017, the UISG asked the Cardinal Coordinator of the Synod to accept the presence of women at the Synod; three seats were made available. At the “Synod of the Family,” two members of the men’s USG who were not priests were given a voting right. The participation in a synod that decides on the Church’s mission in today’s world, as well as a right to vote, are the pending questions we face as women in the Church.

There are other decisions that Pope Francis made which promote women’s participation. The Pope established a Committee to study the question of deaconesses after he listened to the proposal of the UISG. This year he appointed three consecrated women and one laywoman as members of the Synod Office. Also, three women were appointed as consultants of the Congregation of the Doctrine of Faith. In 2016, the UISG questioned the Pope about the absence of woman as members of the Congregation of Consecrated and Apostolic Life. Fact: 80% of religious in the world are women. And yet, women are absent where vital decisions are made about consecrated life in today’s world. The Pope looked surprised to hear our question. The UISG had sent him a letter several times that included this question, though it never reached him. Finally, he listened to us when we had a chance to meet him face to face. In July this year, six women and one laywoman were appointed to be the members of the Congregation. And yet, however, we need the wisdom to continue working until we will be present where vital decisions are made.

I want to raise a question about Pope Francis’s understanding of “Feminism.” He made several negative remarks about Feminism when he spoke about women in the Church. In 2016 during the Audience with the International Conference of Superiors of Women, he said, “the woman’s role in the Church is not one of feminism; it is a right! It is a right as a baptized person, with the charisms and the gifts that the Spirit has given. We must not fall into feminism because this would reduce a woman’s importance.” 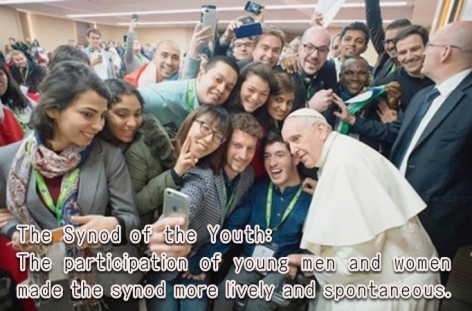 The final document of the Synod 2018, “Young People, Faith, and Vocational Discernment” was the first synod since 1971 to publish the statement of the participants. It reiterates the importance of women’s participation in the decision-making process of the Church. Pope Francis issued the Apostolic Exhortation Christus Vivit, which did not directly refer to this point, but did say, “With this outlook, she (the Church) can support the call to respect women’s rights, and offer convinced support for greater reciprocity between males and females, while not agreeing with everything some feminist groups propose.” (42)

I don’t think that the “feminism” Pope Francis speaks of exists anywhere in today’s world. Feminism believes in God, who is Father and Mother. Feminism is our way of living so as to follow Jesus. God created the first human being as “man and woman” in God’s Image (Imago Dei, Betselem Elohim) as noted in Genesis 1:27, and again, first as the ungendered “the earthling,” ha adam—from adamah, “earth,” as Genesis 2:7 tells us. We are to incarnate the image of God that is revealed in masculinity and femininity to be present in a world where life frequently is not prioritized. We participate in God’s creative work to love the hurting world to heal, liberate, and nurture the planet and human beings. The participation of women is needed to make the world a space where justice and peace are possible. Feminism means this conviction and way of life!