Okinawa Experience of Seminarians (1) My First Trip to Okinawa

I still remember an incident when I was studying Japanese at school. I had just begun to learn the language at its basic level and introduced myself to my classmates saying, “I am from Vietnam and I think my name is Toan.” On hearing that, my teacher and classmates burst out laughing and I got very embarrassed. I believe everyone realized my mistake, but why is it that I bring it to your attention now in this report about my recent visit to Okinawa?

During my visit there, I was quite surprised to learn that in 2007 a public survey was conducted in Okinawa asking residents, “Do you consider yourself Japanese?” The results of the survey were: “42% considered themselves Okinawans, 26% answered they were Japanese, and 30% said they were both, Okinawans and Japanese.” The very fact that such a survey was conducted in Japan seemed to me to be discriminatory, since all Japanese residents are of the same descent. If one considers Okinawans as Japanese people who have Japanese ancestors, brothers and sisters, such a survey should never have been conducted. 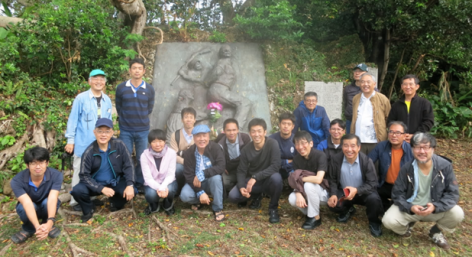 During my trip, I learned that there are “colonies” within the country of Japan. The Pacific War ended in 1945, and up until 1972 Okinawa was under American rule. I sympathize with Okinawans because of the war conditions still present there despite the fact that the war ended long ago. Although they love the peaceful region where they live, the military bases in Okinawa were used to attack Vietnam during the Vietnamese War. I imagine that Okinawans suffer from the painful experience of being seen as instruments of war. And again, even after the return of Okinawa to Japan, the place is still full of American military bases. Although Okinawans own the land, they are not able to defend it themselves. 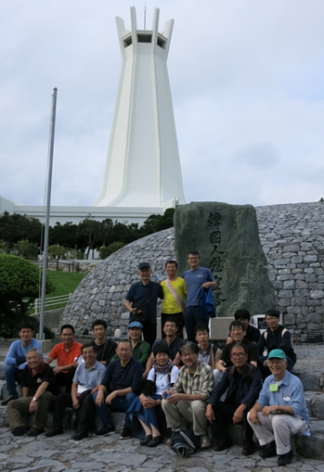 Okinawans demand an inestimably precious peace, and at this moment they are raising their voices in opposition to the building of a new military base at Henoko. People opposing the building of Henoko continue their sit-down opposition in front of the gate of the new base, protesting the construction of the base. Seeing them there, I recalled the slogans of Mahatma Gandhi: “The only road to Peace is Peace” and “The biggest weapon given to humanity is non-violence. This is more powerful than the strongest weapon human beings have ever invented.”

I am a weak person unable to do anything, but I pray for those over 200 thousand victims of the Battle of Okinawa and for those who are still suffering there.