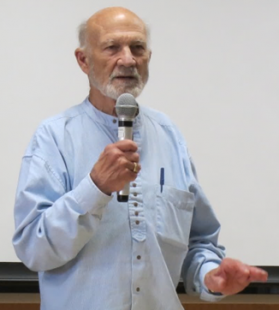 On May 29th 2019, a Conference was held in the Chapel of Doshisha University under the title “Rising Nationalism and Christian Witness for Such a Time as This.” The lecturer was Stanley Hauerwas, a member of the combined Methodist Church. He was born in 1940 in Texas and for many years taught Christian Ethics at Duke University. Since his lecture produced a deep impression on me, I would like to introduce here some of his writings and the works he coauthored, from which I derived valuable suggestions. 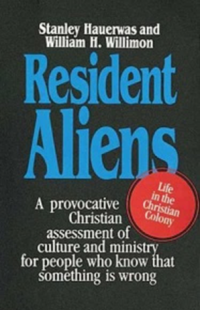 Resident Aliens
Stanley Hauerwas & William H. Willimon
Abingdon Press, 1989
This work reminds me of Vatican II’s Constitution on the Church. It is a book full of suggestions regarding the ways of the Church and pastoral methods.
He calls God’s people a “colony,” resident aliens on their journey to becoming Christian, a Church radically following Jesus as a community of disciples.
Looking back at Christian history, after Emperor Constantine’s Decree of Milan the Church took as its social task to become a useful supporter of the State. Again, in the 19th century, when democracies were established, the Church became an institution vowing loyalty to the State, and religion was shoved off to the private domain. More recently, in the 1960s, when the nations of the West basically became consumer societies, “the Christian world” was lost. Now is the right time for evangelization. To make the most of this opportunity, the question is not “what can we do?” Rather, it is very important to renew our knowledge of God by starting with the lives of the saints and reading the Bible all over again, asking ourselves “Are our times the way our world should truly be?” 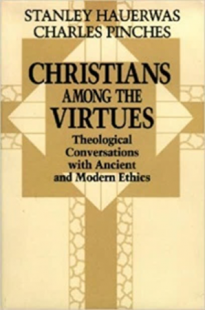 Christians among the Virtues
Stanley Hauerwas & Charles Pinches
Notre Dame University Press, 1997
This book questions the basic life of Christians with regard to happiness.
In the first part he treats Aristotle’s Nicomachean Ethics and, providing a very fine explanation regarding virtues, takes up the writings of Thomas Aquinas. The author, not only in this book but also in other works, shows a high appreciation of Thomas.
The second part of the book is a dialogue with a number of actual researchers on Aristotle.
The third part depicts the life of Jesus as a model formed by the Holy Spirit, which has at its base the Christian virtues of patience, courage, obedience, and hope—in other words, God’s affection. With regard to courage, many people besides Aristotle give the example of soldiers on the battlefield. Thomas adds the example of martyrs who chose to die a courageous death for Christ, who is the source of all life, including one’s own life and the life of one’s oppressors, and gives relative evaluation of death in battle and the reality of war. 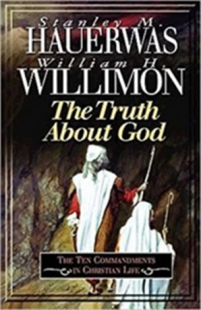 The Truth about God: The Ten Commandments in Christian Life
Stanley M. Hauerwas & William H. Willimon
Abingdon Press, 1999
This work raises issues for Christian communities concerning how to live the faith, taking the approach of the Ten Commandments based on the teaching of Jesus.
First of all, the Ten Commandments are the Good News of God himself. God pronounces his ten Words just as parents talk to their children. More than general theory, these words of God are a message to Christian communities demanding cooperation. God carries through his love with passion and is much concerned, without limit, for the poor and those in extreme situations. The prohibition of domesticating God and adoring him for one’s own purposes are two commandments concerning our relation to God.
For us who are accustomed to living at the mercy of time, the Sabbath reminds us that God is the Lord of time.
Life is a gift from God. Parents and the umbilicus are its symbols. To deprive one of life, whatever the motives, is to put oneself in place of God. Again, capitalism implies that sex is related to consumption and commercialism and makes sex a public commodity. In this situation the Church desires to present models for children, and parents are trained to accept their missionary role.
The strictest prohibitions for modern man are linked to theft and fraud. The realities of rich vs poor, systems based on stealing and fraud, and the general current situation to cover these up are all present in our midst. In opposition to our unlimited desires, we can only find peace of heart in God, the source of life. When our desires ignore God, we become completely confused. Within the home, such desires escalate, giving rise to abuse and family violence. 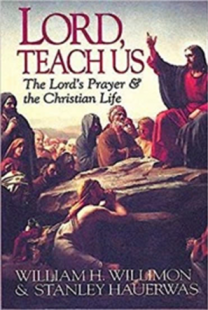 Lord, Teach us the Lord’s Prayer & the Christian Life
William H. Willimon & Stanley Hauerwas
Abingdon Press, 1996
The translation of this book is easy to read and offers good material for meditation.
Epicureanism is quite widespread in the culture of our times, which worships national flags as idols. People worshiping themselves create all kinds of gods. On the other hand, we are children of God in heaven, who invites us to offer our lives to Him.
The kingdom of God impels us to oppose building the sort of frontiers this world builds. Modern states establish gender and class differences, racial and economic conditions, build frontiers and try desperately to defend their boundaries. Their narrow-mindedness is a prime example of their puny existence. God’s kingdom brushes aside all walls of separation arising from the fraud of this world.
We ask for our daily bread. That reminds us of the Israelites in the desert, who were allowed to collect only as much manna as they needed. We try to deceive one another by our constant consumerism which leaves us with a sense of emptiness. These things corrode us, and by gathering huge amounts of goods we continue diminishing. Such prayer includes the petition to be able to say “We don’t need more and more bread.”
“Forgive us” is not something superficial, like “I’m OK, you’re OK.” We ask to proceed, without any apparent attitude and with empty hands, in the face of the one who has the power to forgive. This implies pain. But the truth is that our lives are not our own, thanks to which we become emancipated. By the power of the cross of Jesus we receive love and forgiveness.
Economics, ethnicity, race, gender, needs of national security, and mass media represent various forms of evil. Such forces prevail throughout the world. Moreover, they wear the clothes of freedom and call on us to serve society as if it would be impossible to survive without them. Let us deepen our understanding of the Letter to the Ephesians 6:10-20: “Put on God’s armor now.” 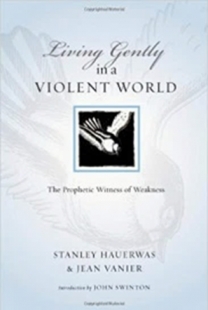 Living Gently in a Violent World
Stanley Hauerwas & Jean Vanier
InterVarsity Press, 2008
This work is based on lectures given by Vanier and Hauerwas in 2006 at an Assembly organized by the Centre for Spirituality, Health and Disability of University of Aberdeen in Scotland.
At the end of the book there is a questionnaire for use as a study guide. According to Vanier, “Reform is to extinguish a wall separating us from others, a wall that separates us even from our own deepest existence…. What is the wall of your own existence?” Vanier asks. “What is the meaning of the ‘sacredness’ of people with disabilities, of the poor?” Using similar questions in group discussions helps us get a fuller understanding of the content of the book.