The fifth annual Forum for Reconciliation in Northeast Asia was held through May 28 to June 2nd. This forum gathered over 90 participants from wide range of nationalities and denominations, Protestants and Catholics together. This was a very unique gathering like no other, as participants from different backgrounds gathered together to think, discuss, and mutually pray about the theme of reconciliation in East Asia. I had the honor to participate for the first time at the last forum in Jeju Island, thanks to the kind invitation by Professor Fujiwara of Aoyama Gakuin University.

I work as an interdenominational evangelist for a student mission organization called KGK (known as InterVarsity overseas). I teach the bible to the students on different campuses (Sophia also has an official KGK club). Not only do I preach the Gospel, I try to encourage the students to “live” the gospel, in other words to foster a Christian worldview to see different issues in the world today. When I got the invitation, I was seeking for ways to engage with the rising nationalism and tension in East Asia through a Christian perspective. Added to the fact that my name is Kazusa (meaning peacemaker in Japanese), I decided to participate in the forum.

In last year’s forum, I was able to meet great people, and it was a fantastic time of learning. The reason why I am writing this article for the Jesuit Social Center Tokyo, which I had no prior association with, is due to the fact that I had the pleasure of meeting Mr. Yanagawa, a staff member of the center. 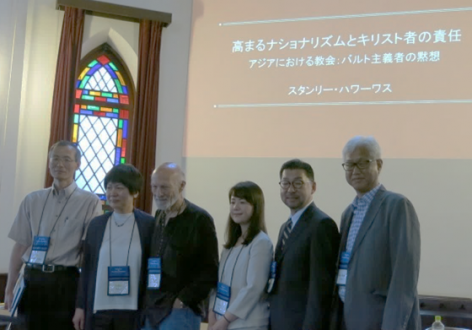 This year’s forum was held in Japan, with professor Stanley Hauerwas as a guest speaker. Dr. Hauerwas has been named “best theologian of the United States” by Times Magazine, and is one of the most prominent theologians in the Protestant Church of America. The forum was held at Kyoto, an old capital representing the power of the state, a best location for Hauerwas’s lecture “Rising nationalism and the Christian responsibility”. 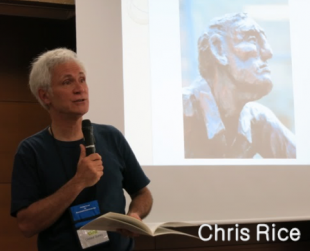 The forum bases its program on the book “Reconciling All Things” (IVP, to be translated into Japanese this fall) written by Chris Rice, organizer and founder of the forum. The program is divided into different stages in the journey of reconciliation; Crisis, Lament, Hope, and the Spirituality for the long haul. Each day is divided into these themes and the participants walk together on the common journey of reconciliation.

Day1: Crisis
The first day of the forum began by discussion about the crisis that surrounds us in East Asia today. Before setting off on the journey of reconciliation, we need to first acknowledge the reality which is in need of reconciliation. Instead of acting like the false prophets crying out “peace, peace, where there is no peace” (Ezekiel 13:10), we start our journey from acknowledging the brokenness and sin.

Hauerwas’s lecture in the afternoon focused on the theme of “nationalism”, and dealt with the issue of Christendom in the US, China’s nationalism and the relationship to the church, and finally a word of suggestion for the churches in Asia. Hauerwas acknowledged the fact that although institutionalization of the church is inevitable, the churches should seek not for institutionalization as means for self-stabilization, but for institutions equipped with the core Christian virtues (especially the virtue of peace making), naming the American church as a negative example.

The relationship between church and state differ greatly among nations in East Asia. Even the very notion of the word “nation” may vary. Yet, no matter which nationality we hold, it does not change the fact that our first identity lies in the “kingdom of God”, and that we are foreigners in this world. How should we think of our nation from a Christian perspective? And what does it mean for a church to have a priestly role in today’s society? The lecture led us to think of numerous important issues. 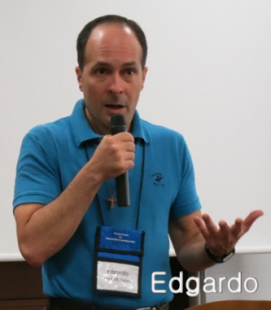 The most unique program of this forum is the time of communal “lament”. The participants visit various places in Kyoto with a history of pain (A place of Christian persecution and Korean cities which faced discrimination), and we “lament” together. Professor Edgardo explained to us that “Lament is a Christian response to suffering with a certain direction. And that direction is towards God.” Thus it is not just a cry of despair, but it is an act of entrusting and praying to God, and it is also an act of intercession. Also, lament is not an individual act, but it is a communal act. Participants from various nationalities and backgrounds gather together and collectively “lament” together on the reality of sin.

Finally we gathered at the Kawaramachi Catholic Church, and prayed together with our different memories of “pain” in mind. It was a moment of prayer, a prayer as one voice, transcending nations and denominations as one body of Christ. It was a moment where we witnessed peace and hope in the kingdom of God beyond the shadows of lament.

Day3: Hope
Our journey of finding “hope” began on the third day, moving to Doshisha Biwako Retreat Center. We were divided into workshops on different specific issues concerning reconciliation. I led the workshop called “The voices from the Next Generation”, where the youth from Taiwan, Korea, and Japan (me) presented the reality and the hope that the churches in their countries face. Even though the situations were greatly different among the three countries, I was surprised to find so many similar difficulties surrounding the church such as nationalism, lack of self-image, disappointment with the church. At the same time, I was able to find common seeds of hope, in that each country was witnessing more interdenominational church cooperation as a response to the crisis.

In the Protestant church there are over few hundred denominations, with little cooperation in the past. Yet, in Japan after the Great East Japan Earthquake, there has been more and more cooperation and dialogue between churches and denominations. Similarly, churches are coming together as a response to the age of crisis in East Asia. It was a very blessed time as we were able to share and pray about the common difficulties and hopes of the churches in Asia.

Day4: Spirituality for the long haul
In the last day, we recognized that the journey of reconciliation takes time, and in order to endure the long journey, we need the spirituality for the long haul. We gathered together in nation groups, to discuss how we can continue the effort of reconciliation in our own country context, so not to make this forum a one-time event. This continual effort is one of the amazing characteristic of this forum. I felt a strong passion on the organizer’s side, to not let this end as a one-time event, but to continue the movement with a long term vision. 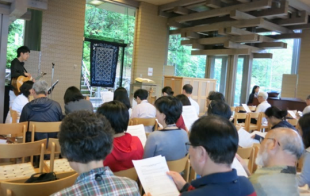 What I felt the most through the forum is the fact that reconciliation starts from the church. We, messengers of reconciliation (2 Corinth 5:17), first need reconciliation. That does not mean that we should do everything interdenominational and ecumenical. Rather, it means that we should acknowledge our own role as different organs of the one body of Christ, and to faithfully fulfill that role, while praying for the whole body of Christ in mind. In other words, faithfully playing your own part of the score, while being conscious of the whole harmony of the orchestra of the body of Christ. This, I believe, is the perspective and the attitude we need to continue the movement of reconciliation for the long haul.