The Rohingya: The Most Marginalized People on Earth

The Rohingya are an Islamic ethnic group living in West Myanmar’s Rakhine State. Myanmar, a Buddhist country with 135 different recognized ethnic groups, does not recognize the Rohingya as an ethnic group. It is believed that the Myanmar military regime started its oppression already back in 1960, and when the nationality law was proclaimed in 1982, the Rohingya were denied nationality. Their tragic destiny goes back to the British conquest of Arakan in 1825. The estimated number of Rohingya in 2015 was 1,100,000 in Myanmar and 300,000 in Bangladesh, plus several thousand in nearby countries.

The Rohingya flee for religious and political reasons. They face persecution at home for being Muslim and, politically, are considered “stateless” by the government. 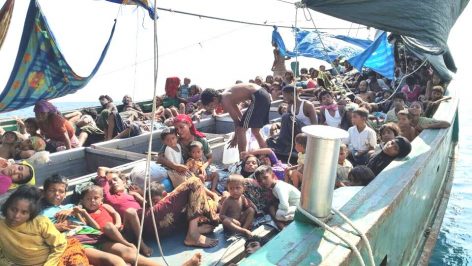 The biggest challenges they face along the way are hunger and protection vulnerabilities. As they cannot travel legally, they typically migrate through the help of a broker, a broker being someone who organizes their clandestine journey. Not all survive the journey and most suffer mental trauma afterwards. Last August, as a result of armed clashes, about 500,000 Rohingya fled to Bangladesh, where they lead a miserable life in refugee camps. They are considered “stateless” by both Myanmar and Bangladesh. A representative of Human Rights Watch commented: “The reality on the ground is much worse than can be imagined. … I’ve never seen a group this devastated, this destroyed. It’s incredibly bleak.” 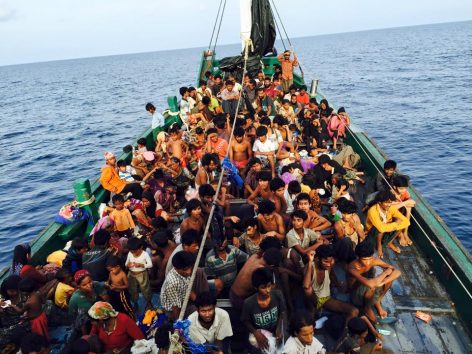 The Jesuit Social Center took the initiative in starting a limited fund-raising campaign in 2015 for Rohingya refugees interned in camps in Indonesia and served by the Jesuit Refugee Service (JRS).

Pope Francis is due to visit Myanmar in late November this year. Hopefully, his visit will help improve the situation of the Rohingya. Nevertheless, his support may come too late.