Planning for the Future of Jesuit Migration Works

The word “discernment” has become all the rage within Jesuit circles following the 36th General Congregation. Fr General Arturo Sosa has even appointed a special counsellor to oversee the process of discernment and apostolic planning in the Society. So it was fitting that the Jesuit Conference of Asia Pacific’s (JCAP) migration network examined the journey so far and charted a new course at its fourth annual meeting held in Tokyo from March 23 to 26. A new plan for the future was called for. 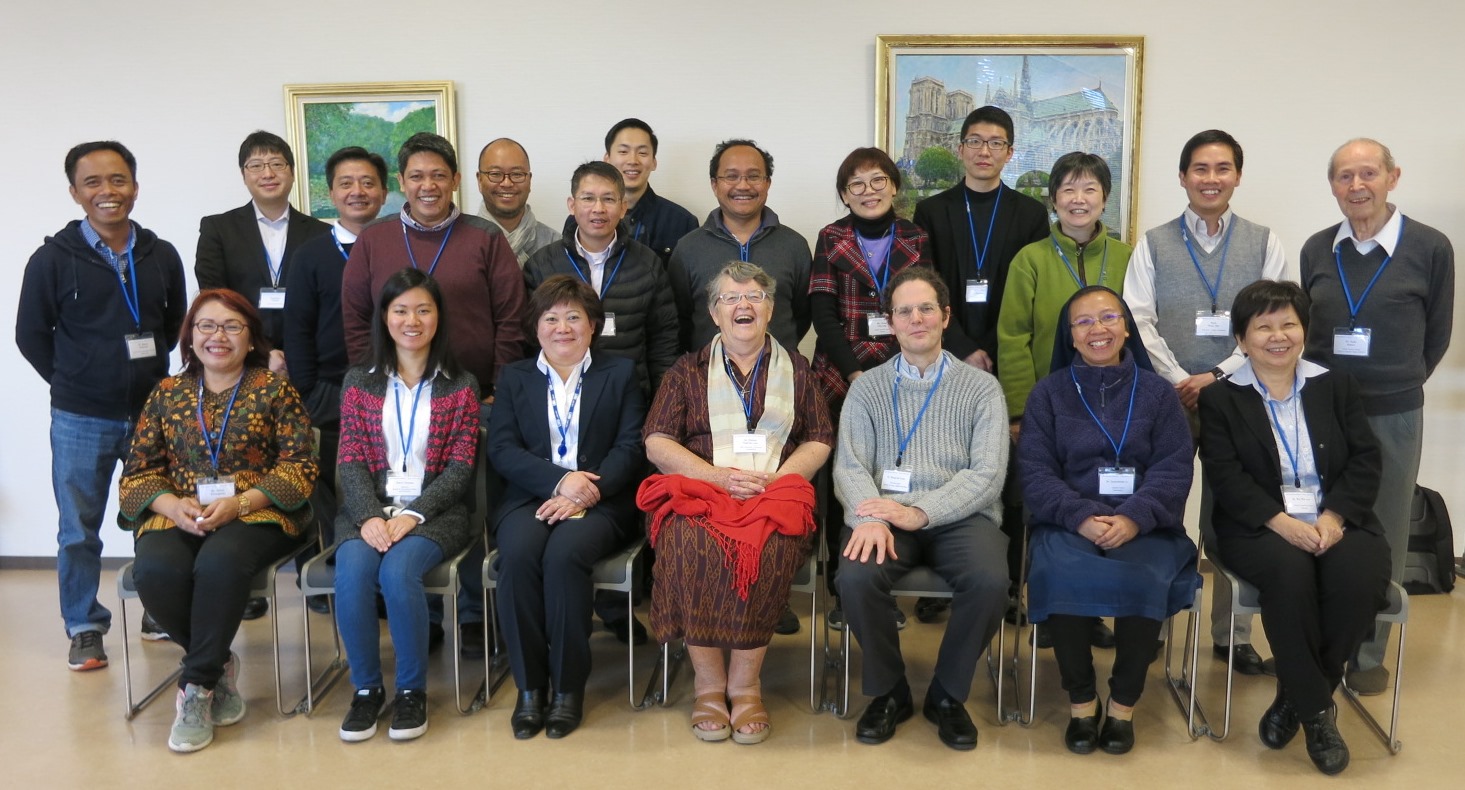 Top of the agenda was to plan for the next five years, after first taking stock of the lights and shadows of the past three years. It was an unusually cold spring, but the 14 participants from eight institutions of migration warmed the Jesuit Social Centre with their energy and discussion. They were joined by three scholastics and a young intern at the Tokyo Migrants Desk.

Highlights and Lessons to Learn
The network had started in 2014 as five individual institutions in five different countries sharing little more than a Jesuit identity. Hence the first step was to forge closer collaboration by establishing communication and governance structures. The members learned quickly to use modern technologies such as Skype, Google Drive and group mails. Regular Skype conferences were held over the years and annual meetings became a given. Along the way two more institutions joined.

A key concern that remains is the fact that the member institutions are generally small with very limited capacity and resources. Not much has actually changed in terms of the commitments by the Society, especially with regard to manpower. Yiutsari in South Korea, however, is an exception. Recently it moved to a new two-storey facility in Gimpo, which was built following the decision of the province to focus on this work. A new Jesuit community has also been established nearby to accompany this mission.

Despite their differences, their shared concern for migrant workers became the centre piece of the collaboration. Accompaniment and direct service provision formed the core of their responses to the needs of migrant workers both in sending and receiving countries. They recognised the need to build capacity to do research, and so organised collaborative projects around the issues of left-behind children of migrants, resettlement and brokerage. These research projects, apart from teaching a new skill, have cultivated new enthusiasm in the member institutions and helped them reach out to scholars and policy makers in their countries.

In its four years of existence, the network has also tried to promote the concern for migrants beyond the social apostolate circle. One strategy that has been quite successful is by publishing stories in the JCAP monthly newsletter. Thanks to these articles, many people, including non-Jesuits, came to know the work of the Society with migrant workers. In addition, the scholastics and brothers circles meeting in 2016 took up the concern for migrants as the theme of their gathering in Seoul. The Association of Jesuit Colleges and Universities has also promised to pay more attention on the phenomenon of migration.

The Next Five Years
For the next few years, the network will focus on two areas: expansion and advocacy.

The network needs to collaborate with other migration-focussed institutions and networks in the region, several of which have already asked to connect with it. Bishops conferences and church migration institutions are particularly relevant. In countries like Hong Kong, Thailand, Malaysia and Singapore where the Jesuits do not have migrant centres, the Bishops conferences and other religious congregations are at the forefront of the promotion of migrant rights and the fight against human trafficking.

A closer collaboration with Jesuit Refugee Service (JRS) is also long overdue. Fr Bambang Sipayung SJ, JRS regional director for Asia Pacific, is keen to make JRS available to promote the same concern for migrants, which falls under the “de facto refugee” mandate as stipulated by the social teachings of the Church. The term refers to victims of armed conflicts, natural disasters and failed economic policies who are not normally classified as refugees by the International Convention. 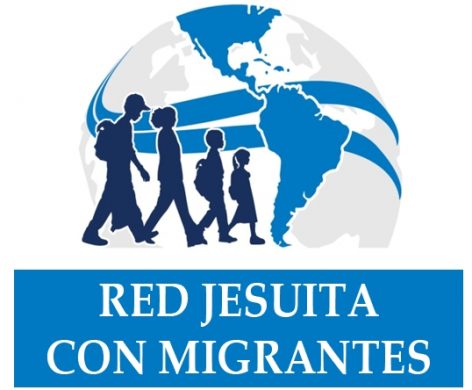 In this regard, JCAP can perhaps look somewhere else for inspiration. The Jesuit Network for Migrants in Latin America and the Caribbean (RJM-LAC) is an umbrella group of around 83 institutions across the region. It started in 2002 as a loose collection of several institutions and after various iterations morphed into RJM-LAC in 2011. It brings together JRS, social centres, parishes, Jesuit universities and schools from 18 countries. Their main focus is to work with migrants and refugees who are mostly on their way to North America from various parts of Central and South America. This collaboration acknowledges the reality of mixed migration flows where a rigid distinction between various categories of migrants does not always help.

In terms of programme, special attention also needs to be given to advocacy. It is obvious that migrant workers are perceived as disposable labour, only hired when needed with little regard for their rights and dignity and the Tokyo Olympics 2020 is a case in point. The Japanese government has relaxed the laws to allow more foreign construction workers to come, but it seems unprepared or unwilling to deal with the social consequences. This is in addition to the scheme for internship (Gino-Jisshu) that has been criticised by rights groups as akin to slavery.

Turning to Southeast Asia, the introduction of ASEAN Economic Community in 2015 does not even bother to pretend to acknowledge the millions of migrant workers in the domestic, plantation and construction sectors. Member states have been unable to agree on an instrument of protection for migrant workers and their families despite repeated calls from many corners following an ASEAN declaration in 2007. The regional group has instead produce regulations about the so-called white collar professionals in eight sectors. The network is a good place to start campaigning for the rights of migrants across the region, promoting their dignity instead of focusing only on their economic value.

On the other hand, the UN sponsored Sustainable Development Goals (SDGs) that was launched in 2015 offers a platform to advocate for policy changes. As a multilateral initiative, it provides an internationally recognisable language to dialogue with governments. Many of the 17 goals listed in the initiative are relevant for migrant workers and other vulnerable migrants as they guarantee the right to social protection including basic services irrespective of country of origin or immigration status. Amidst the obsession with economic growth, civil society groups including the JCAP migration network should emphasise people-centred development, not just economic development.

This plan will need a serious commitment by the Jesuits in Asia Pacific. JCAP has been generous in providing the resources for the network’s foundation, but there is much to do to realise this plan and more resources will be needed. The annual meeting in Tokyo, for example, would not have been possible without the support of the Japan Jesuit Province. Such generosity is not uncommon in the Society and will be even more appreciated when the task at hand now is greater.

Symposium
The meeting in Tokyo ended with a symposium to launch the first ever joint publication by the network. The book Left Behind Children and the Idea of the Family is the result of research conducted in five different countries on the fate of children of migrant workers. 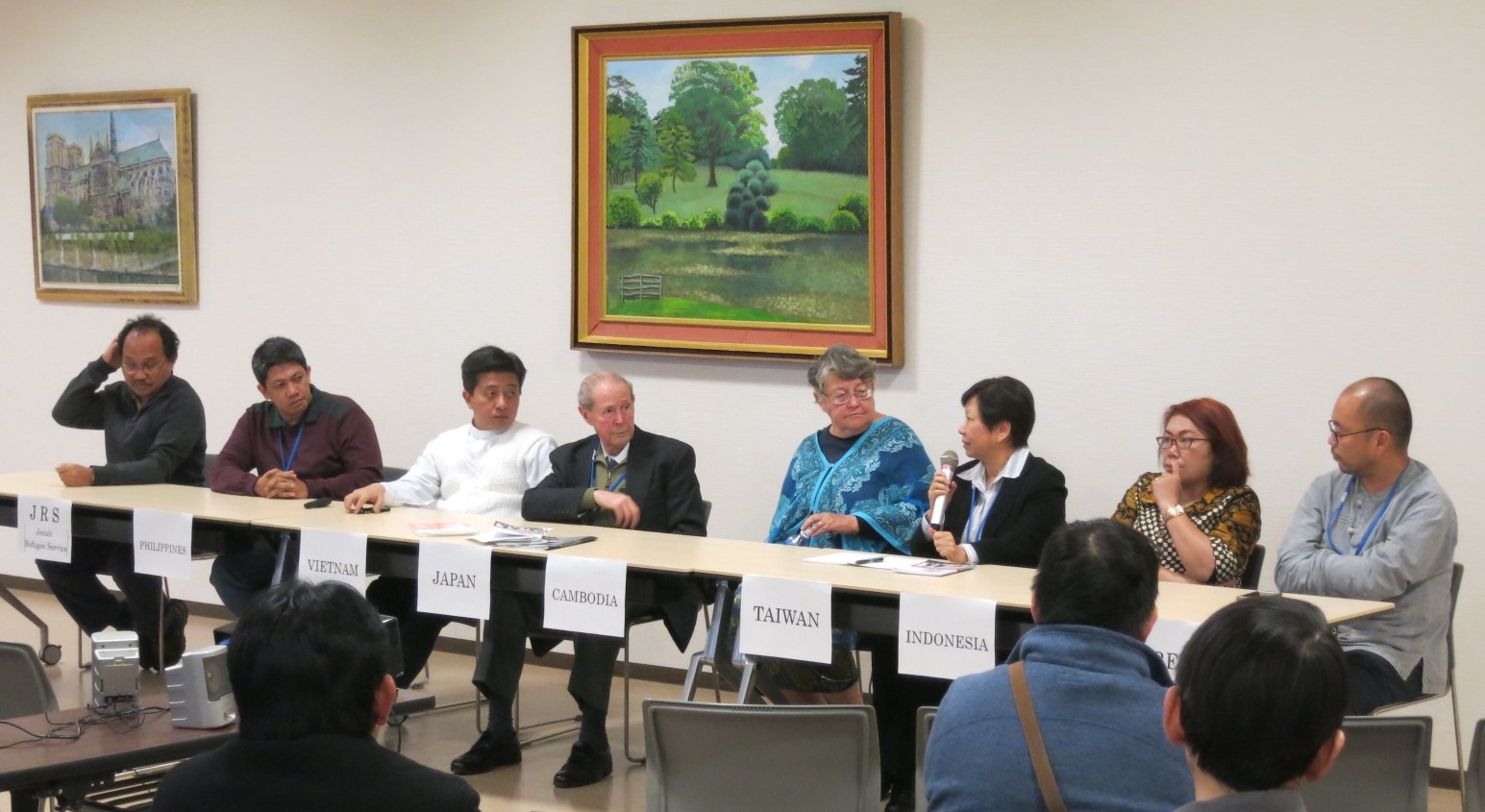 It was then followed by a discussion on the challenges of doing this ministry in Asia Pacific. The main challenge is really how to respond to a phenomenon that cuts across national boundaries while much of our work is local or at best national in character. Building a network is a strategy to overcome this limitation, but it will still need improved capacity and deeper commitments. The discernment and planning in Tokyo has surely helped show a new direction for the next few years.

The flux of young people in East Asia is remarkable. They move from country to country searching for free societies and job opportunities. They escape from poverty and, while looking for their own future, they worry for the welfare of their families and the education of their brothers and sisters left back home. Whatever the hardships awaiting them abroad, they come to work in Japan, Korea, and Taiwan. Usually they are called “migrant workers.” 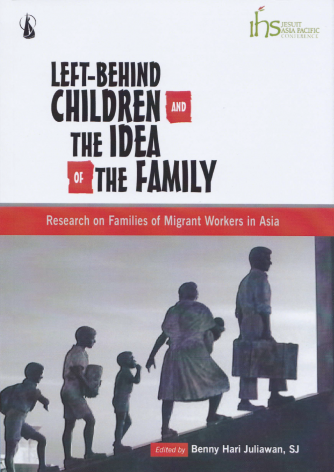 The book, “Left-Behind Children and the Idea of the Family,” based on the phenomenon of Migration in East Asia, has just been published in English (2016, 116 pages, price 500Yen).

The contributors are members of the Jesuit Migrants’ Network working with migrant workers in 5 East Asian countries, Japan included. The Network was established in 2014 with the participation of 7 Asian countries. One of their programs is research on the issue of migration. This book is part of their work.

This publication, based on the experiences of members of the Network, provides a new approach to the issues of migration in East Asia. The contributors are specialists in the matter. Most publications related to migration are centered on the experiences of migrant workers, but the point of view here is that of the families left behind with a special emphasis on their children.

The book is written in English but we have added a Supplement in the Japanese language for Japanese readers. Those interested in the phenomenon of migration please contact our Social Center.