Seminar “On Love in the Family” 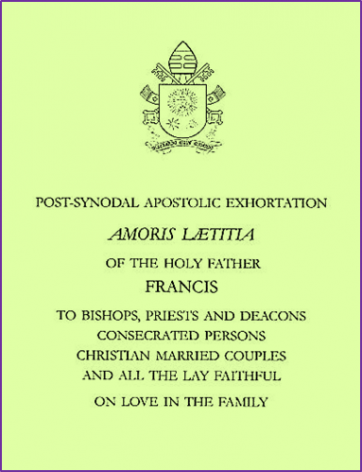 As has been reported several times in this Bulletin, every year our Social Center, in cooperation with St. Ignatius church, holds a seminar series on the Social Thought of the Catholic Church. The Encyclical Letter “Caritas in Veritate (Charity in Truth)” of the previous Pope Benedict XVI, “Why does the Catholic Church deal with social problems?”, “On the Second Vatican Council” (on its 50th anniversary), and last year’s on “Laudato Si”, the Encyclical Letter of the present Pope Francis concerning the environment, have been some of the themes we studied in the past years. For this year’s seminar, based on the Pope’s Apostolic Exhortation “The Joy of Love”, we chose the theme, “On Love in the Family”.

One of my brothers, while teaching Canon Law in the Seminary, has been for many years the chief justice of the Catholic Church in Buenos Aires (Argentina). This was so also when the present Pope was bishop and Cardinal Bergoglio in Buenos Aires. I remember that my brother spoke to me several times about some of the problems faced by the Church at that time in Argentina. For my brother as chief justice of the Church, one of those problems was related to the persons who, being members of the Church, had divorced and married again. Regarding these people, it was necessary to follow the regulations of the Church that does not admit divorce and remarriage. But, at the same time, the Church cannot forget its obligation to help those people grow in faith and love for each other. Besides this, there are many other issues related to the family. And that most of them concern not only the Church in Argentina but all around the world, was most probably felt by the Pope before his election, when he was still in Buenos Aires.

This is, no doubt, why, as soon as he was elected in March 2013, he decided to have an extraordinary synod (meeting of the bishops elected as representatives from all over the world) in October 2014, about all the present issues related to the family. He also decided something that never had happened before. As a preparation for the synod, and to know the opinions of as many members of the Church as possible, he sent a questionnaire to all the churches of the world. In this questionnaire he asked about many issues. For example, is it well known what the Bible and the Church say about the family? How is the pastoral care of the family in your parish? How is the church responding to the difficulties faced by the family in your own country? Etc.

Taking into account these results, and in order to get a deeper understanding of the issues related to the family, and a more general consensus from the whole Church, the Pope decided to have another, ordinary and general synod in October 2015. To have two synods in a row on the same subject was also a first in the synod’s history. And the way of proceeding was also changed. They made up small groups according to the different languages in order to give all the members of the meeting the opportunity to freely express and discuss their opinions. I believe that all of this shows clearly how important the Church considers all the issues related to the family and the deep concern of the Pope himself.

After considering the results of the above mentioned questionnaire and of both synods, the Pope published the Apostolic Exhortation “Amoris Lætitia (The Joy of Love)” in March 2016.

Even now there are quite different reactions to and degrees of acceptance of the Pope’s exhortation. For example, those who were hoping for the Church’s acceptance of divorce, same sex marriage, etc. criticize it saying that nothing has changed. On the other extreme there are those who strictly emphasize that nothing can be changed in what they consider the traditional doctrine of the Church, and think that this exhortation will weaken that doctrine. They also criticize it.

But I think that many other people do realize what the Pope is aiming at, what he hopes for and is calling to. The Bible and the Church message about love in marriage and the family, being in itself excellent and a source of joy, do not need to be changed. It is the Church that has to change. The Church, bishops, members of the clergy and faithful, have to deepen their understanding of marriage and of the love in the family, and the churches have to improve their pastoral care of the people preparing for marriage and newly married couples. This is what the Pope hopes for and is calling to. The Church message about marriage and love in the family is an ideal and the particular churches have to support the people moving forward towards that ideal. 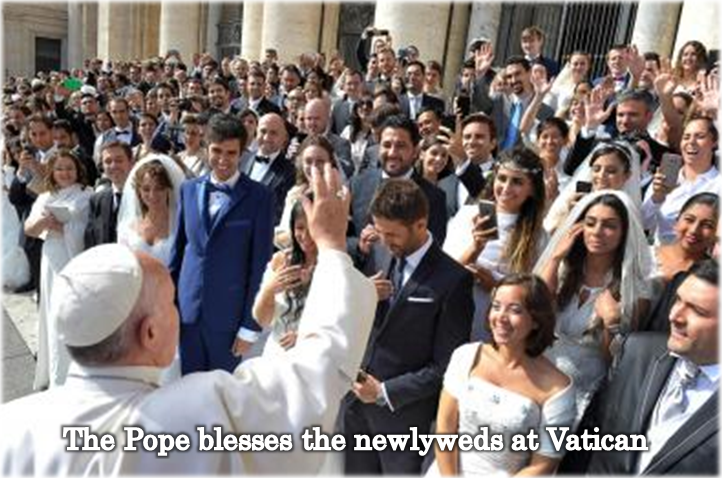 Furthermore, regarding those people who are in difficult situations, like those divorced and remarried, people in same sex unions, etc., the Pope encourages the particular churches to act and walk with them not as a judge but with the same affection as shown by Christ himself.

There are many social changes and trends which are not helpful for families. Working conditions, low salaries, overtime work, long commuting time to the work place, lack of support for the bringing up of children, etc., are all social problems that have a bad influence on family life. The Pope also considers all these social issues.

In this year’s seminar series, we want to think about all the issues related to marriage and love in the family, using as reference the Pope’s exhortation. 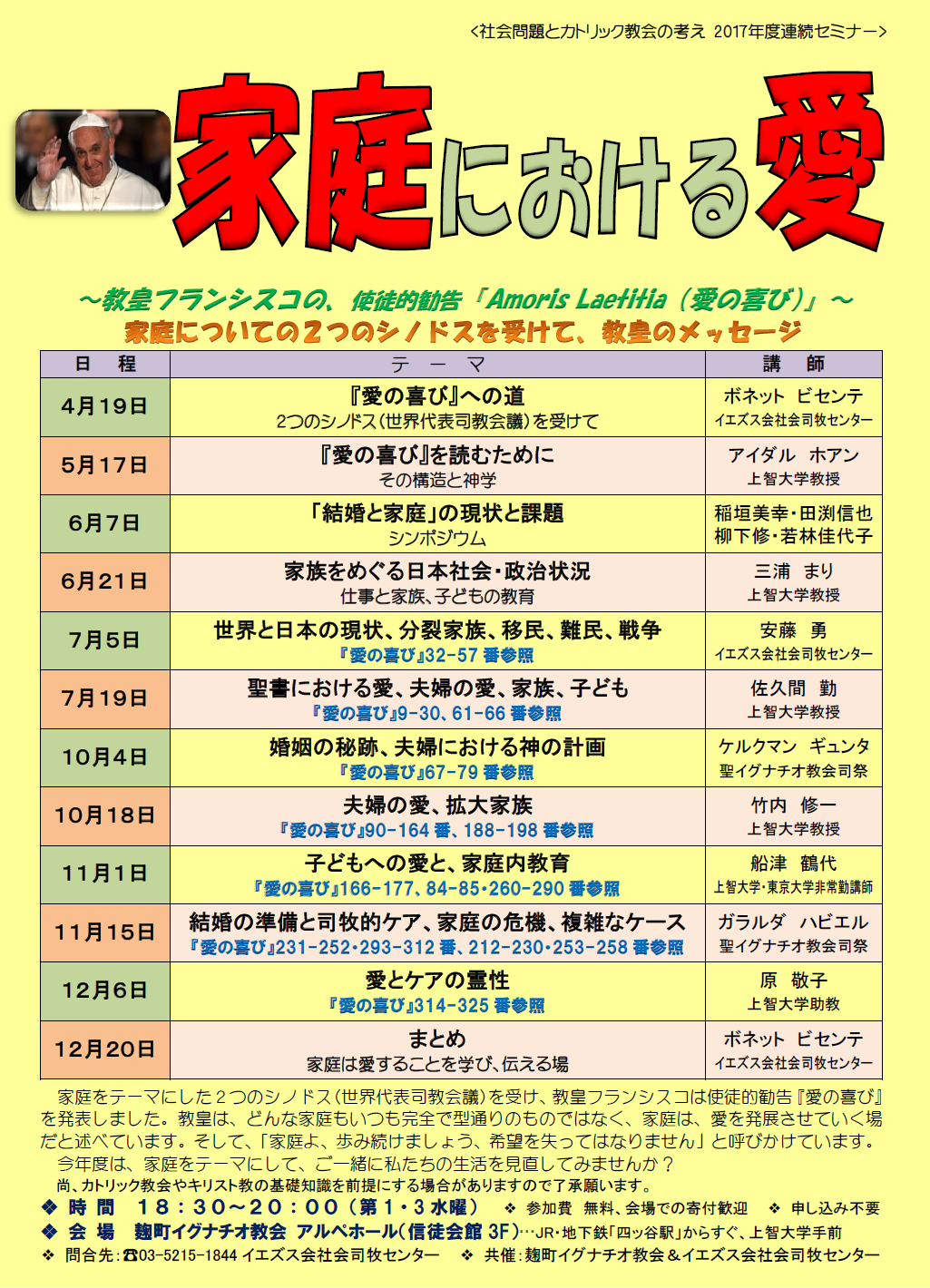