My Opinion on Illiteracy in East Timor

I do not have accurate data at hand, but the rate of literacy in East Timor is believed to be about 50 per cent. I am working as a teacher and as a member of the accounting staff in a teacher training program in an East Timor school. I oversee cleaning and security in the school. At the same time I have started teaching in a small university. I am in contact with many people with regard to “reading and writing” as well as “accounting” abilities.

Every day I am faced with the realities of illiteracy. Whenever I hand over money to buy things for our work, people sign the receipts. On one occasion, the money paid out did not match the amount on the receipt. The employee insisted that there was no mistake, but the amount did not match that on the signed receipt. When I told him I found it hard to believe his assertion, he left his job. In fact, I quickly realized that he had been right, because I had mistakenly handed him the wrong amount of money. I think he just heard the amount of money I gave him and signed the receipt without being able to read how much money was written on it.

I hired a lady for cleaning of the school and, writing out her work schedule, I explained the job. However, she did a different job every day at a different time. I explained her job to her again and wrote out the daily schedule. I realized at one time that she could not even read the clock. In both cases, with the man and the woman I just mentioned, I found it difficult to ask them if they could read. On the other hand, since they did not offer any information on their own, I could not be sure whether they could really read or not. It is very upsetting, but it also involves the matter of respecting human dignity.

A series of learnings accompanies the process of becoming literate. For instance, the fact that the person sits together with other classmates in the same classroom, the same days and hours, offers opportunities to learn various things aside from how to read and write. A person who is willing to read and write something but does not know how becomes aware of how to do it. As a result, communication among persons broadens. My confrontation with this reality helped me understand better the thinking of Paulo Freire in The Pedagogy of the Oppressed concerning literacy education. Again, it makes one think about what true liberation really means. 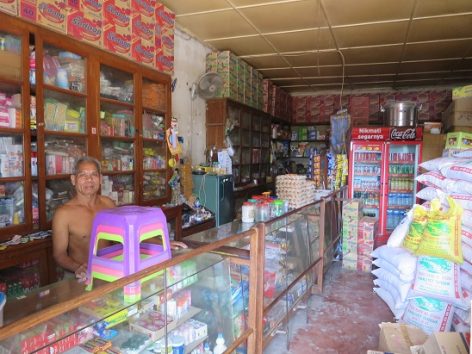 ☞ Once when I went shopping and asked for a receipt, I was told by the shop owner, “I don’t give receipts, because I don’t know how to write.”