―Stance on Social Awareness Based on the Encyclical Laudato Si’―

Reconsideration of “Ecological Issues.” Ecology is an ambiguous expression. Value systems questioned.
Generally speaking, the major ecological problems are said to be the environmental destruction resulting from trash and the discharge of chemical substances which nature cannot exhaust or resolve, as well as the natural depletion occasioned by pollution and the volume of natural resources extracted at a rate surpassing the natural system’s capacity to reproduce. 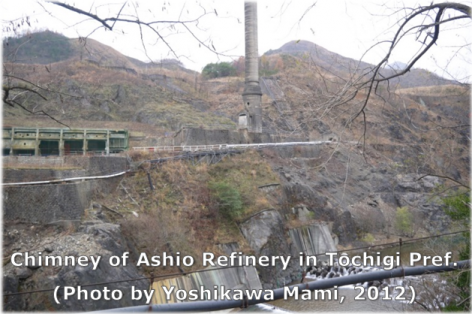 Again, in trying to explain what ecological issues and their essence really are, I am surprised to notice a variety of concepts. First, what is “environment” really considered to be? The expression is so ambiguous that even Japan’s Basic Environmental Law does not provide a legal definition of “environment.” We can derive a common meaning from the etymology of various expressions regarding “environment.” For us humans, living in a world of relationships, environment should not only be something outside ourselves that can be seen with our eyes. There is also a spiritual, internal environment that cannot be seen. Both of these aspects are in dynamic relationship, and for believers the spiritual environment is very important.

The meaning of “environment” is, therefore, subject to how people think. There are various social awarenesses and opinions regarding the causes of environmental problems and how they are grasped. In affirming that some environments are problematic, it is presupposed that there may be an awareness of some kind of vision without problems and that is also an important issue. Could that be the image of a possibly sustainable parasitic society or a subsumed society? Provided that there is such a vision, what is the problem? And what kind of a problem and for whom? Is it a present issue or is it something carried over from the past? Could it recur in the future? The expression “ecological problems” looks simple at first sight, but in reality it also includes a variety of serious issues that should be radically questioned—our own personal thinking and value system.

Ecological Problems as Structural Violence according to Laudato Si’
I think that Laudato Si’, Pope Francis’ encyclical letter of 2015 on ecological issues, provides orientation for us Christians so as to bring together a variety of opinions with regard to the environment. It also offers principles and a universal basis for human responsibility to us humans, creatures within the whole world of creation, who have been entrusted with the task of preserving and managing all creatures, including nature itself. 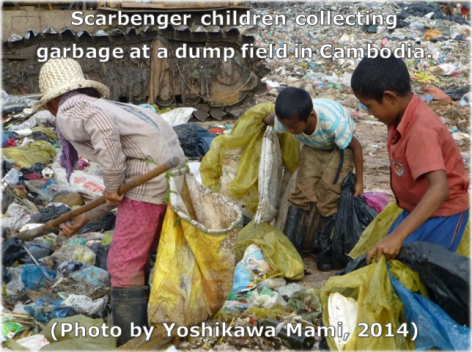 eir wealthy classes and the consumerism that defines a throwaway culture. The socially weak poor classes and poor countries are the ones that bear the negative ecological effects. The Pope tells us that we need to observe that the real problems of such unequal systems are structural. When we look at how things are related from the point of view of social structures, we can understand that local natural problems of the environment are also closely related to various other social issues.

Mass production, overconsumption, and huge waste at a level of structural consumerism in industrial countries have caused serious environmental problems of planet warming as well as ecological destruction due to contamination and natural depletion. On the other hand, developing countries—with the real trilemma of environment destruction, overpopulation, and poverty—are still saddled with contradictory structures which only foment other problems when they endeavor to solve any particular one of their problems.

However, structural problems of both industrial and developing countries do not exist independently, but foster similar problems on both sides. For instance, the economic activity of intense competition in the world economic market centered on industrial countries has its center of productivity in places where it can obtain the most favorable labor force and natural resources of raw materials in order to raise higher profits at lower cost. This promotes expansion of productivity. Where will this happen? In many instances it will be in developing regions facing poverty, which cannot afford future sustainability. In other words, due to the extreme difference in relationships between the weak and the strong, unjust relations and unequal distribution easily result.

According to the peace scholar Johan Karting, such disproportionate relationships prompt a social system which he calls “structural violence.” Structural violence is inherent to the system and works in an unequal relationship of forces that shows up as unequal existing opportunity. Such inequality is a gap, and the visible gap is the economic one. In other words, from the structural point of view, natural destruction is the structural exploitation of natural resources without regard to social fairness. It is a moral issue of human rights and generations. One can also say it is a problem of social justice and solidarity.

Ecological Issues as a Crisis of the Heart and their Connection with Peace
Karting’s views on structural violence explore the principle of “peace” from that point of view. He calls “passive peace” situations without war or direct artificial violence and “active peace” those situations without structural violence. Peace does not consist in mere lack of conflicts. It is important to have invisible and healthy relationships.

Pope Francis in Laudato Si’ points to the very same problem of unhealthy structures. Analyzing with objectivity the structural violence that exists between industrial and developing countries, he not only points to the problems originating from statesmen and those in power, but also notes how closely we are related to the consumerist system pervading industrial societies. He issues a strict judgement on how our life styles unconsciously accelerate huge amounts of waste. When thinking about structural connections, one comes to realize that nothing is unrelated. The basic reason why our life styles foster overconsumption is said to be a spiritual thirst rooted in our hearts.

This unbalance in our hearts, moving from trivial matters of daily life to industrial activities, lacks sufficient respect for and increasingly corrodes our vulnerable planet. Bacteria and microorganisms that seem to lack any value and other seemingly worthless tiny creatures of God, all and each one of them, essentially play some responsible task in this beautifully balanced created world. Eyes that find the glory of God everywhere in the universe and in the tiniest creatures of God can find the same splendor in vulnerable people who have been oppressed and discarded by society. Therefore, global issues of the environment are like the double face of the same body. They are in relationship with the socially weak who are most easily affected by their negative impacts and, at the same time, become our own peace concerns.

Facing a society where individuals, others, and nature are wounded, Laudato Si’ offers the principle of “integral ecology” in order to change society progressively toward an integral development based on the universal common good for all people. This message means that, in order to enjoy a healthy life while considering it important to live together in the same house, it is not enough to be individually or collectively on good terms with God. Healthy relationships with the natural environment are also necessary.

Again, the encyclical mentions the need for “ecological education” and “ecological spirituality” based on a healthy balance that combines the four dimensions mentioned above, cultivating daily prayer and caring for small environmental details.

By doing so, ecological problems become for us individual internal peace concerns. “No one can cultivate a sober and satisfying life without being at peace with him or herself. An adequate understanding of spirituality consists in filling out what we mean by peace, which is much more than the absence of war. Inner peace is closely related to care for ecology and for the common good because, lived out authentically, it is reflected in a balanced life style together with a capacity for wonder which takes us to a deeper understanding of life.” (LS 225)

In this sense, nuclear energy, Okinawa, and all other social problems can be considered to include substantially the same human roots. It is my opinion that different global, Asian, and Japanese sustainable possibilities with all their relationships radically question the spiritual harmony and health of mind of each and every one of us.