Preamble
Last spring I paid a visit to Jesuit Social Services (JSS) in Melbourne, Australia to observe their activities and had the opportunity to visit with the staff members. Back in 1977, Jesuit members of the Australian Province launched JSS. It is now incorporated. The staff consists of about 200 paid staff, with a few Jesuits working as spiritual directors and some brothers as counselors and 200 registered volunteers. The institution started providing shelter for people who had been released from custody, but now conducts a broad field of activities, which I am going to mention here.

Carolyn Ryan, JSS staff member, wrote a report on JSS activities in the February 2014 (no.175) issue of this Bulletin. The report offered very interesting information on the ways JSS has approached social issues in Australia, such as the lack of educational opportunities for poor people, the failure of official policies regarding indigenous and their disadvantages, the inferior treatment of migrants and refugees, the stigma and solitude caused by mental diseases, and African women’s suffering. Japan also faces similar problems but, different from Australia, the structure of Japanese NGOs is weak. In this report I want to present a resume of my observations concerning JSS and other Australian NGOs.

During my visit I had the opportunity to talk with many people. I was able to call on CEO Julie Edwards and her secretaries, Michele and Sophie, at JSS. They provided me with useful information and introduced me to many staff members of two more organizations. In particular Carolyn Ryan carefully coordinated my visit, for which I am truly grateful.

Programs of JSS organization
JSS is a community service organization that provides human services. In Japan we do not use the term “human services,” but in Australia it refers to “welfare and health activities, services related to social action at community, family and private levels.” In concrete, it covers health (including mental health), child and minor law-offenders, disabled people, senior citizens, aboriginal, refugees and migrants, poverty and low-income people, job assistance, drug addiction and youth support. In other words, an organization directly or indirectly dedicated to matters of people in some kind of trouble within a community is considered to be in the “community service sector.” In that respect, civic NGOs are called the “third sector.” In Japan NGOs somehow related to legal regulations are normally considered NPOs (Non-Profit Organizations).

The vision of JSS is for “building a just society” and its mission is “standing in solidarity with those in need, expressing a faith that promotes justice.” From this we can see the value system which JSS holds with regard to people and society.

With regard to finances, their income comes from various official sources. The last financial statement notes that about 41% of the budget consists in subsidies from the Victoria State Government (include Melbourne city), 21% from the federal government, and 1% from the city council, etc. Thus, 63% is from public funds. JSS generated income is 27%. The remainder is from donations either from the private sector or from the Jesuit Province.

JSS has several offices and institutions. In the headquarters, there are a volunteer section and a support desk for families of persons committing suicide and offices for public relations, aboriginal people, refugees and migrants. The Brosnan Centre receives those that have been in prison or reformatories and trains and supports them. The Jesuit Community College provides a place for cultural activities and counselling. Young people have the opportunity for vocational training, and English conversation program is offered to African and Asian migrants of other institutions. They also offer shelter where people who are released from prison and also have intellectual disability. Ignite Cafe is a vocational institution for long-term unemployed. The scope of activities is quite broad since they actively cover many social problems that Australia is facing nowadays.

This time I was also able to visit two organizations for homeless people, the Sacred Heart Mission and VincentCare Victoria.

I have only introduced here a few of the many pioneer works and some of the photos I took. 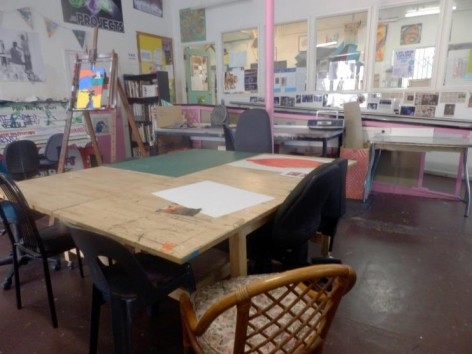 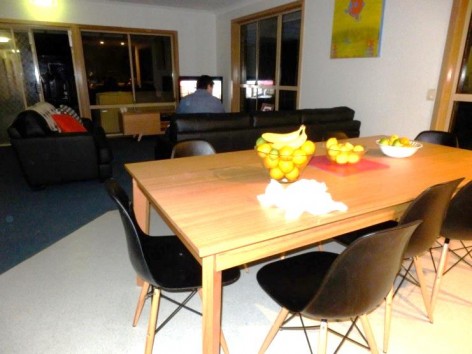 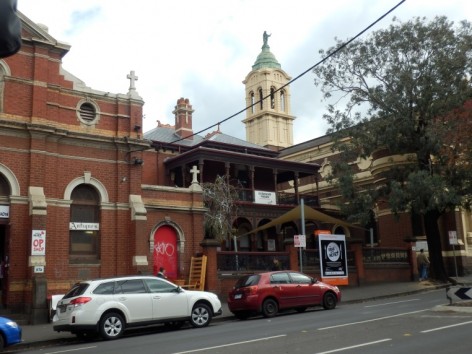 Australian NGOs providing Human Services
Generally speaking, the governments of developed countries bear the responsibility of providing the minimum standard of living, and the citizens have the right to enjoy these. In actual fact, however, governments do not always fulfil their duties and NGOs actively participate when there is a poor public response or no response at all.

In my visits to JSS and other Australian NGOs providing human services I was able to realize the various differences from similar ones in Japan, especially “high autonomy of the organizations.”

With regard to public administration, when a Japanese NPO is entrusted with public programs, the government decides the content. In some instances the public funds available are not sufficient to cover all needed costs. Private sectors are thus forced to cover them. It is pointed out that, as a result, NGOs often become impoverished because of this. But in Australia, it is reported that government and NGOs provide services at the same level. In fact, I heard from JSS staff that when they are entrusted with public projects, in many instances JSS participates in official meetings to decide on the services to be offered. Regarding autonomy, the following characteristics are present: (1) transparency of action (2) action rationality (3) clear objectives, evaluation of accomplished targets (4) strong interest in solving social issues.

Through several researches they conceptualize various aspects of the problems, systematically study all ways of solving them, and offer policies in accord with the results found. Seemingly, some of their proposals have become official policies. I was impressed by their rich networks and the variety of organizations involved in multiple activities. They make efficient use of the existent mass media, newspapers, radio programs, and internet media.

Thinking about the Future of Japan from two Australian Incidents
During my stay in Australia I happened to experience two incidents.

The first one was the execution of an Australian in Indonesia. The day before the execution, prayers were offered at JSS and in many churches and public places. Media reported repeatedly those prayers and comments of family of the condemned criminal. Former Australian Prime Minister Abbott intervened strongly to stop the execution. Nevertheless the prisoner was executed. Consequently, the government withdrew its diplomatic corps from Indonesia.

A gathering for aboriginal people in Melbourne was my second experience. Due to the policy of the State Government of West Australia to stop the life line of aboriginal communities, their existence faces critical danger. The established system to counterbalance the disadvantages faced by the aboriginal was diminished. That and the remarks of former Prime Minister Abbott that the life of aboriginal was a “life style choice,” insinuating a denial of their tradition, provoked strong public criticism. Demonstrations were held in the middle of the city and strong speeches were delivered in front of the crowded Flinders Street Station. The event was a peaceful exhibition where aboriginal people presented their traditional dances. In the meantime trams were stopped. Near the intersection there was an Anglican Church with a banner out front reading “Let’s fully welcome refugees.” 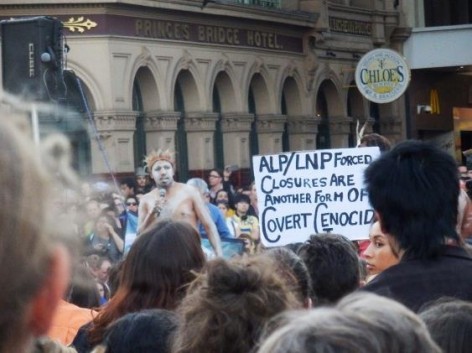 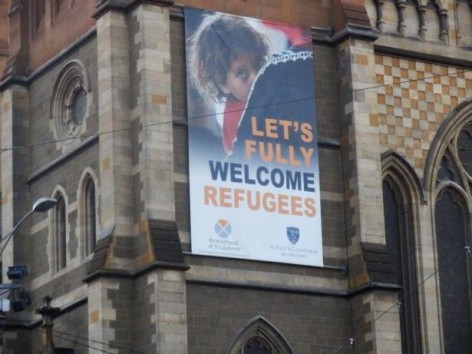 The words, “compassion” and “solidarity” were often repeated. Australia is an immigrants’ country, where migrants with various cultural backgrounds and indigenous continue struggling together to build and shape the country.

When I went to a demonstration with aboriginal I caught sight of children, and young couple pushing a stroller. That was most probably the right place to teach the child a sense of solidarity, based on the assurance of the right to political participation and in that way bringing him into direct touch with people active in politics so that he could get studying in political education. Together with the public petition prayer to avert the execution of the Australian prisoner, “solidarity” probably could become a key word to build society.

The Japanese attitude with regard to the expression “public” is not discussed linking citizenship and there is a tendency to link it to “public agencies” which influence the sense before WW II. Government officials make things easy by unifying everything under the same category. Again, compared with other countries, in Japan the lack of trust in people as well as in government is quite high, with the result that cooperation with outsiders is risky. This is the reason why people point out the difficulties of working together.

During my two-week stay in Australia I don’t think that I was able to understand Australian ways and culture. Despite my limitations, from my experience of the visit to JSS I thought about the following ways may influence Japanese NGOs: “through establishing concrete targets social values are revealed,” “organize planning programs of concrete action and by reflecting on them adjust again the action programs,” “have the vision to change policies.”