Is the Official Catholic Church a Newcomer to Ecological Issues?

Since 1993 thousands of scientists and representatives of all countries of the world have constantly been meeting to discuss global warming. Again, this year they will gather for the 21st time to negotiate common international measures concerning how to fight climate changes. The majority of scientists believe that natural disasters are mainly provoked and occasioned by human activities.
Thus, it is not so remarkable that Pope Francis has recently published, on June 18, an encyclical letter Laudato Si’ on environmental issues.
In fact, Pope John Paul II in his 1990 message for the World Day of Peace already stressed “the ecological crisis as a common responsibility.” Concern for Creation is “ an essential part of Christian Faith.”
A visible turning point for ecological conversion at the Vatican started in 2001, when 4,800 solar panels were set up on the buildings of the Vatican and the “Vatican climate forest” was created in Hungary (2008). Both Popes John Paul II and Benedict XVI issued strong statements on the environmental crisis and stressed the need for humans not to act as despots over nature, but to be concerned for creation. Not only has ecology became a major trend within the Catholic Church, but it has become one of the most potent social and political issues of the 21st century. 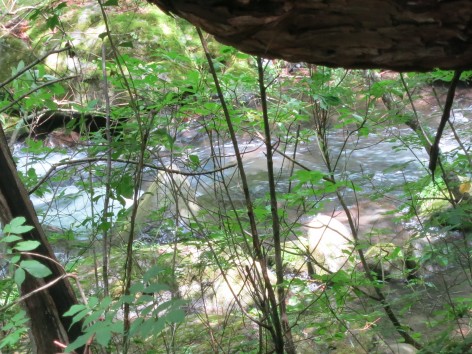 Nevertheless, Pope Francis has brought about a substantial change. Up to the present, environmental degradation was mainly a side issue in Vatican official statements, but with the publication of the encyclical letter Laudato Si’ Pope Francis became the first Pope to place care for creation at the center of the life of the Church. The document takes its inspiration from the writings of the 13th-century saint, Francis of Assisi – widely quoted in the encyclical. The Pope also refers to the eco-theology of the Orthodox Church and to public statements from 18 Catholic bishops’ conferences around the world, including several from Asian countries, including Japan. John Paul II and Benedict XVI are also often quoted in the new encyclical. This is proof of the continuity of the official doctrine of the Church on the matter.
The encyclical is addressed not only to Catholics but to all people of good will, including governments and businesses which can make decisions that will limit global warming. The Pope’s words are grounded in an analysis of how human activities are creating acute environmental problems, including climate change, deforestation, air pollution, and loss of biodiversity. Our planet is the work of the Creator, the God of Love．It is the common home for all, not only for the rich or those with power. It is to be treasured.
And since the poor are especially susceptible to natural disasters, results of environmental irresponsibility, Pope Francis stresses the need for a priority option for the lives of the poor, as he already had done in his Apostolic Exhortation Evangelii Gaudium.

The Catholic Church as an Actor in Looking for Solution to the Ecological Crisis
Though recognizing that the Church has no definite opinion on global warming, she must enter into dialogue about climate change because our common home, the earth, is falling into serious disrepair. Hope would have us recognize that there is always a way out, that we can always redi¬rect our steps, that we can always do something to solve our problems. Still, we can see signs that things are now reaching a breaking point. The facts and the conclusions of experts tell us of the rapid pace of change and degradation. The present world system is certainly unsustainable from numerous points of view, for we have stopped thinking about the goals of human activity. “Humanity has disappointed God’s expectations.”
What is needed is political action which is far-sighted and capable of a new, integral, and inter-disciplinary approach to handling the various aspects of the crisis. A strategy for real change calls for rethinking processes in their entirety. Healthy politics need to become able to take up this challenge. Politics and the economy tend to blame each other when it comes to poverty and environmental degradation. It is to be hoped that they can acknowledge their own mistakes and find forms of interaction directed to the com¬mon good.

Environmental education
“Ecological citizenship” requires educators capable of developing an ethics of ecology so as to help people grow in solidarity, responsibility, and compassionate care. The existence of laws and regulations is insufficient in the long run to curb bad conduct. Only by cultivating sound virtues will people be able to make selfless ecological commitments regarding consumption of goods and changes in lifestyle. 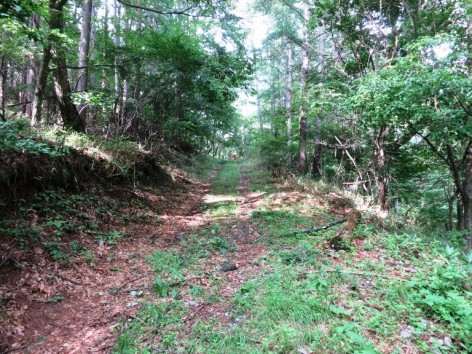 On Creation and the Creator
We should rectify the relationship of mutual responsibility between human beings and nature. We are not God. The earth was here before us and has been given to us. This allows us to respond to the charge that Judaeo-Christian thinking, on the basis of the Genesis account which grants man “dominion” over the earth (cf. Gen 1:28), has encouraged man’s unbridled exploita¬tion of nature by painting him as domineering and destructive by nature. This is not a correct interpretation of the Bible as understood by the Church. Although it is true that we Christians have at times incorrectly interpreted the Scrip¬tures, nowadays we must forcefully reject the no¬tion that our being created in God’s image and given dominion over the earth justifies absolute domination over other creatures.

Technology versus Human Progress
People no longer seem to believe in a happy future. Scientific and technological progress cannot be equated with the progress of humanity and history, a growing need to move forward in a bold cultural revolution. Science and technology are not neutral. We need to slow down and look at reality in a different way.
For new models of progress to arise there is a need to change “models of global development” and this will entail a responsible reflection on “the meaning” of the economy and its goals. Halfway measures simply delay the inevitable disaster. It is a matter of redefining our notion of progress. Technological and economic development which does not leave a better world cannot be considered progress.

Reflection on our present lifestyles
A change in lifestyle could bring healthy pressure to bear on those who wield political, economic, and social power. This is what consum¬er movements accomplish by boycotting certain products. They prove successful in changing the way businesses operate, forcing them to consider their environmental footprint and their patterns of production. When social pressure affects their earnings, businesses clearly have to find ways to produce differently. This shows us the great need for a sense of social responsibility on the part of consumers.
Human intervention often in the service of business interests and consumerism is making our earth less rich and beautiful, a more limited gray.

Natural and Human Degradation
Causes of human degradation. The human environment and the natural environment deteriorate together. These affect the most vulnerable people. Inequality affects not only individuals but entire countries. The ethics of international relations must be taken into account. A true “ecological debt” exists between the global north and south, related to commercial im¬balances with effects on the environment, and the disproportionate use of natural resources by certain countries over long periods of time. The foreign debt of poor countries has become a way of controlling them, yet this is not the case where ecological debt is concerned. In different ways, developing countries, where the most important reserves of the biosphere are found, continue to fuel the development of richer countries at the cost of their own present and future.

Ecological conversion
The ecological crisis calls for a deep interior conversion. Under the excuse of pragmatism, some fervent Christians tend to ridicule concern for the environment. Others are passive. They choose not to change their habits. An “ecological conversion” is needed. In calling to mind St Francis of Assisi, we come to realize that a healthy relationship with creation is one dimension of overall personal conversion, which entails the recognition of our errors and failures and leads to heartfelt repentance and the desire to change.

A Universal Common Plan
Interdependence obliges us to think of one world with a common plan. Yet the same inge¬nuity which has brought about enormous tech¬nological progress has so far proved incapable of finding effective ways of dealing with grave worldwide environmental and social problems. A global consensus is essential for confronting the deeper problems, which cannot be resolved by unilateral action on the part of individual coun¬tries. Such a consensus could lead, for example, to planning for a sustainable and diversified agri¬culture, developing renewable and less polluting forms of energy, encouraging a more efficient use of energy, promoting better management of marine and forest resources, and ensuring universal access to drinking water.
We know that technology based on the use of highly polluting fossil fuels – especially coal, but also oil and, to a lesser degree, gas – needs to be progressively replaced without delay. Politics and business have been slow to react in a way commensurate with the urgency of the challeng¬es facing our world. Although the post-industrial period may well be remembered as one of the most irresponsible in history, nonetheless there is reason to hope that humanity at the dawn of the 21st century will be remembered for having generously shouldered its grave responsi¬bilities. Worldwide, the ecological movement has made significant advances, thanks also to the ef¬forts of many organizations of civil society. 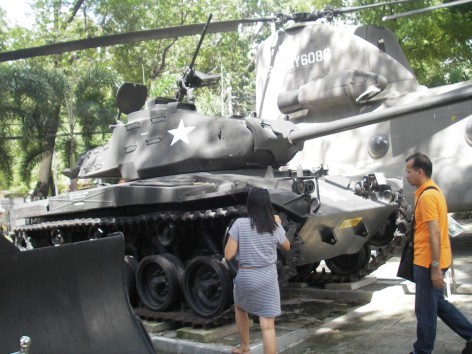 Conclusion: Any Lessons for us in Japan?
This is also a message for Japan that challenges the central political and economic policies which place priority on close cooperation between government and big companies. Technology becomes increasingly orientated to warfare and to building large- scale systems of military defense. An addiction to the use of nuclear energy to secure the industrialization of the country remains in force. Thus the safety of the environment and the poor sectors of the population are deeply affected.
Consumption is hailed as the key to economic recovery, money is spread widely to be used lavishly. The forces of the market economy are considered the best model on hand to solve all social evils. Thus, the current development model is based almost entirely on considerations of economic profit.
Pope Francis has announced his views on the critical issue of the environment, stressing that we are not GOD. We, as well as Nature, have been created by God, who provided us with the gift of Nature, to care for it and not to exploit it as we wish. Natural resources are for all and not only for the richer ones or those holding special technological power. The earth is our common home, where millions of poor people live in desperation. The common good and not profit must be the aim of all human economic activities. But all such moral and ethical values are absent in the official political and economic planning of our country.
Nevertheless, the messages of Laudato Si’ to be seriously concerned about the universal crisis of the environment with an urgent need to save our planet, as well as global hunger and poverty and to care for the poor sectors of the population—these are important issues most Japanese ordinary people will easily agree with. People often enjoy Japanese technological products. Are they happier because of that?
The Pope is asking from us Christians an ecological conversion to be able to produce a real revolution concerning our lifestyles in order to be able to “Say No” to consumption. There is need for effective awareness that requires accurate understanding and sound analyses based also on the moral values that our Christian faith provides us with.