From Confrontation to Solidarity

When the Second Vatican Council started in 1962, I was already in Japan. Since there was no internet yet and the Japanese mass media had no much interest in the Vatican, the news about the Council were very few. And yet the documents of the Council were translated into Japanese relatively soon, so that when I did my theological studies those documents were one of the core sources for our courses.
Now, every year the St. Ignatius Church at Yotsuya and the Jesuit Social Center hold a series of lectures on “Catholic Social Thought”. For this year’s general subject we chose “The Second Vatican Council and [Now]”, with the focus on the “Pastoral Constitution on the Church in the World of Today (Gaudium et Spes)”.

Why Confrontation?
To better realize the significance of the Council regarding the relations between the Church and the World, I think it will be very convenient to bring to mind what had been the relations between the Church and the different countries, with other religions and with the culture, especially regarding human rights along the history previous to the Council.
After Jesus was executed, the Christians of the early Church had to endure 10 very cruel persecutions under the successive Emperors of the Roman Empire when countless faithful were killed. Then in 313 the Roman Emperor Constantine himself became a Christian and declared that the Christian faith was the official religion of the Empire. 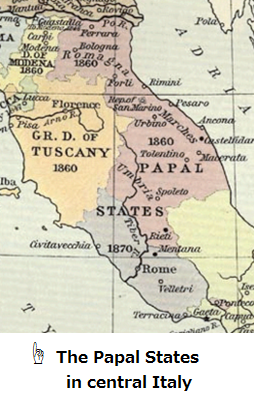 No doubt it was a joyful thing that the persecutions stopped. But on the other hand, little by little the Church and especially the Pope came to take hold of a very strong power with absolute authority, which in turn led to a dark period in the history of the Church. The Papal States (central Italy), the Papal army, the Crusades, the Inquisition and the persecution of the Jews, Muslims and members of other religious faiths, the Pope giving to Spain and Portugal the power to subjugate the peoples and lands of Central and South America, etc. are clear evidence of such a dark shadow, of a period in which the Church did not show a really Christian face.
For a long time there were different types of confrontation between the Pope who claimed absolute power and the other powers. The political powers of various countries, the non-Catholic religions, and the social movements especially those promoting human freedom and human rights.
It is very interesting to remember that since the 16th century the Popes kept decrying the injustices committed against the aborigines in Central and South America, slavery and slave trade, and claiming for the rights of those people. Nevertheless from the last part of the 18th century to the first part of the 20th, the Popes were against the political, religious and social citizens’ rights. Pius VI said that the rights proclaimed in France in 1789 were against common sense and reason, and also against God that had limited men’s freedom (Pope’s Brief Letter “Quod aliquantum”, 1791). Then Gregory XVI wrote especially against freedom of conscience and of the press (Encyclical “Mirari vos”, 1832). And Pius IX condemned, among many other things, the universal voting rights, religious freedom, freedom of thought and of the press (“Syllabus” or “Collection of Modern Errors”, 1864).
There is another interesting and somehow contradictory fact. Leo XIII published the Encyclical Letter “Rerum Novarum” which is the first of the so called Social Encyclicals. In it he denounced the inhuman conditions of the workers at that time and asserted their working rights. But the same Pope declared that it was immoral to demand and assert the right to freedom of thought, of the press, of education, religious freedom etc. (Encyclical “Libertas praestantissimum”, 1888).
To try to understand these inconsistencies, I think it will help to consider the following circumstances.

The difference in the attitude of the Church towards Social and Civic Rights
Centuries before the right to health was recognized officially as one of the fundamental human rights, the Church, as an act of charity was running hospitals in most of the cities and big towns of Europe already in the 14th and 15th century. It is recorded that as early as in the 13th century the Church had about 20 thousand homes for persons with Hansen’s disease. The same thing can be said regarding education. And as I mentioned before, the first one to raise its voice to defend the ownership rights of the aborigines and the rights of the workers was the Church. This means that the Church, moved by its spirit of charity, played a pioneering role concerning the so called social rights.
Nevertheless, together with the proclamation of rights of the French revolution, there was a movement that even can be called persecution against the Church. For example, the French National Assembly proclaimed the right to freedom of religion and to private property, but the same Assembly confiscated all the properties of the Church and banned all the religious orders. Incidentally, it is worth recalling also that in the French Declaration of the Rights of Man and of the Citizen, man and citizen were only the males, the rights of women were not recognized. Since that was the situation at the time, it is somehow understandable the warning and even negative attitude of the Popes towards the French Human Rights Declaration.

The first steps away from confrontation and towards dialogue
In 1870, in the process of Italy’s unification, the Papal States were occupied. It can be said that this was the end not only of the Papal States but also of the political power of the Church and the Popes.
Incidentally, this historical fact is important to understand the accurate meaning of the principle of separation of government and religion. In 1929, with the signing of the Lateran Treaty, the Vatican was recognized as an independent state inside Italy but, at the same time since the political power of the Church and the authority it had to intervene regarding the political decisions of other countries vanished, the separation between government and religion became a reality.
Regarding religious confrontation, in 1869 Pius IX made an appeal for Christian unity to the members of Protestant, Anglican and Orthodox Churches. But I think we have to admit that the Catholic Church call for dialogue at that time was an appeal to them to “come back” to the Catholic Church more than a true dialogue.
A change in the attitude of confrontation regarding human rights was shown by Pius XI in a Encyclical Letter against Nazism that he published in German (“Mit Brennender Sorge”, 1937). He clearly affirmed there that there are rights given to human persons by God, and that those rights had to be defended against any power that pretends to deny or abolish them. And 5 days later, in his Encyclical about social justice and against atheistic communism, he mentioned some concrete human rights, the right to life and to the things needed to live, the right to freedom of assembly, to private property, etc.
And in his Christmas Message of 1942, Pius XII mentioned such a list of concrete human rights that could even become a tentative draft for a full declaration of human rights. But on the other hand, when the United Nations approved “The Universal Declaration of Human Rights” 6 years later, he did not make any comment. 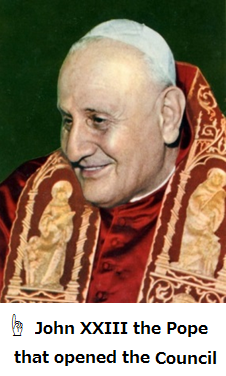 Since John XXIII was 76 years old when elected Pope in October 1958, many people thought that his papacy would neither last long nor have much impact. His papacy, less than 5 years, certainly did not last long, but 3 months after his election he surprised the whole Church when he announced the convocation of an Ecumenical Council.
The Second Vatican Council began in October 1962, and finished in December 1965. During those 3 years and 2 months there were 4 different sessions each one lasting for about 2 months. At the opening of the Council, besides the bishops of the whole world, representatives of all the Christian Churches and all other religions that were invited as observers, and theologians, a total of 2,540 persons were present.

The Council approved 16 documents that were proclaimed by the Pope as official documents of the Church. The last one was the “Pastoral Constitution on the Church in the World of Today”.

The “Pastoral Constitution on the World of Today” and its Preface 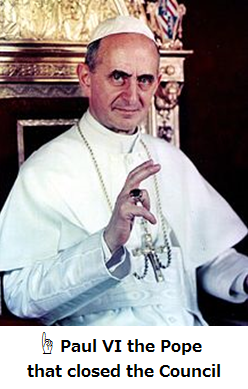 This Constitution is the largest of all the documents approved at the Council. Besides, all the other documents were related to matters inside the Church, either the whole Church or the bishops, the clergy and the religious congregations, Catholic education, the relations of the Catholic Church with other religions, etc. This Constitution is the only document related and addressed to the whole world, to all the people of the world.
The Preface is just about 2 pages long, but shows the purpose of the document as a whole, makes clear how much the attitude of the Church towards the world and all the people has changed, frankly states the service that the Church can offer to everybody, and declares its determination to offer it. This Preface is also an appeal to the whole Church and each one of its members to have the same attitude and the same determination of serving the world. It includes the following three points.
1. The close link between the Church and the whole human family
The Church, as the community of the disciples of Christ, is composed of human beings. And, since it has the mission of communicating Christ’s message of salvation to everyone, “feels itself closely linked to the human family and its history”. This means that “the joys and hopes and the sorrows and anxieties of people today, especially of those who are poor and afflicted, are also the joys and hopes, sorrows and anxieties of the disciples of Christ”.
2. Those whom the Council addresses
With such a deep feeling of solidarity, the Church addresses itself to the whole human family, and wants to make clear to everybody how the Church itself understands its way of being present and acting in today’s world.
3. The service to be offered to humanity
The Council says that the Church does not want to control anybody with political or religious power as happened sometime before, but that it wants to be of service to everybody, especially the poor and afflicted. This service, which is the way for the Church to show its solidarity, respect and love for the whole human family, will be to offer the light that the Church itself gets from the Gospel in order to solve the problems that humankind is frequently concerned and anxious about. And this service will be offered in dialogue about those problems with the human family itself.
For the Church, it says, this service will be “to continue the work of Christ who came into the world to save the world and not to judge it, to serve and not to be served”.

Through this year’s series of lectures, with the collaboration of Bishop Koda Kazuo and several other experts, we plan to think about the [Now] while reading the “Pastoral Constitution on the Church in the World of Today”.