Pope Recognizes Heroic Virtues of Lay Japanese Woman
Jan. 23 (Zenit.org) – The Vatican’s Congregation for the Causes of Saints recognized the miracles, heroic virtues and martyrdom of several religious men, including Servant of God Elizabeth Mary Satoko Kitahara, Japanese layperson (1929-1958). Satoko was born into a Shintoist family in Tokyo. She was baptized at the age of 20. Under the influence of Friar Zeno (OFMconv.), Satoko devoted her life to those in need, in particular, the children of the rag-pickers living in the “Village of Ants” (Arinomachi). She settled among them and gave herself, without reservation, to the same life of privation. 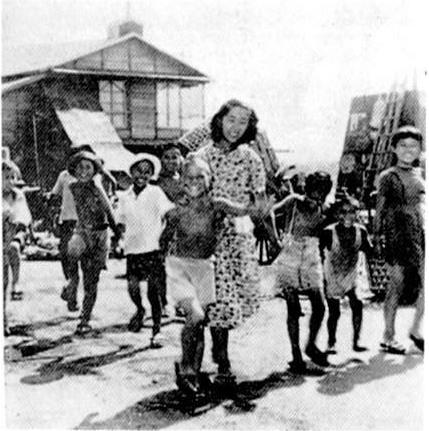 LEBANON – The Patriarchs of Antioch: in order to stop the conflict, arms trafficking must be stopped
Jan. 28 (Agenzia Fides) – The wars that devastate the Middle East, starting from Syria and Iraq will end only when the flow of arms and money destined to armed factions and terrorist groups by allies and sponsors regional and International will stop. This is how the Heads of the Eastern Christian Churches expressed themselves during a meeting on Jan. 27 in Bkerké.

Caritas: more funds needed for refugees from the Central African Republic
Jan. 28 (Agenzia Fides) – More funds are needed to help refugees from the Central African Republic (CAR) who have been welcomed in neighboring States, said Msgr. Vitillo, head of Caritas Internationalis. The overall budget plan prepared by UN agencies for 2015 amounts to 331 million dollars, but NGOs will receive $ 14 million. The total number of refugees from the CAR amounts to some 425,000. Many are in Cameroon, Chad and the DRC (Congo). In these countries, Caritas has been providing training programs for refugees as well as education, sanitation, clean water and food assistance.

EL SALVADOR – “Yo soy uno de ellos”: young children in parishes and schools in favor of the most vulnerable
Jan. 28 (Agenzia Fides) – The Episcopal Delegation of the Missions from Spain, together with the parishes and schools, celebrated a Mass and held a meeting for the children in a parish in El Salvador. “Yo soy uno de ellos” was the motto of the day. Its aim was to involve parents and catechists in a common celebration, without losing sight of the fact that children are the protagonists. 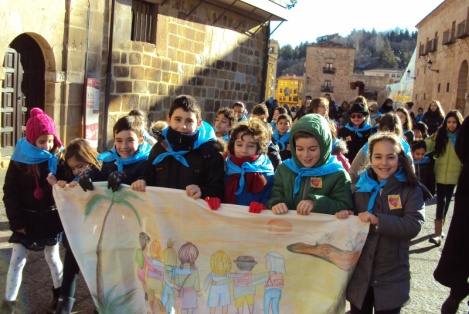 Jesuit Institute says South Africa must end shameful Xenophobia
Jan. 30 (Vatican Radio) – The Jesuit Institute South Africa has strongly condemned the ongoing violence which started in Soweto against foreign persons and their businesses. The Institute says the violence “constitutes another episode in South Africa’s shameful history of xenophobia.” The Jesuits in South Africa have asserted that a systematic series of attacks on over eighty foreign-owned shops and foreign-born persons cannot simply be explained away as criminal or political acts of violence. They are Xenophobic acts, insists the statement of the institute. 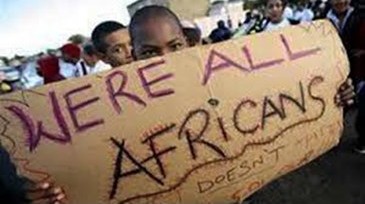 Vatican offers haircuts, shaves as well as showers to Rome’s homeless
Feb. 6 (Vatican Radio) – Work has now been completed on the building of three showers and a barber’s booth for the homeless under the colonnades of St Peter’s Square. The shower unit was commissioned by Pope Francis after learning from his Almoner that homeless people in Rome lacked places where to wash themselves or have their hair cut.