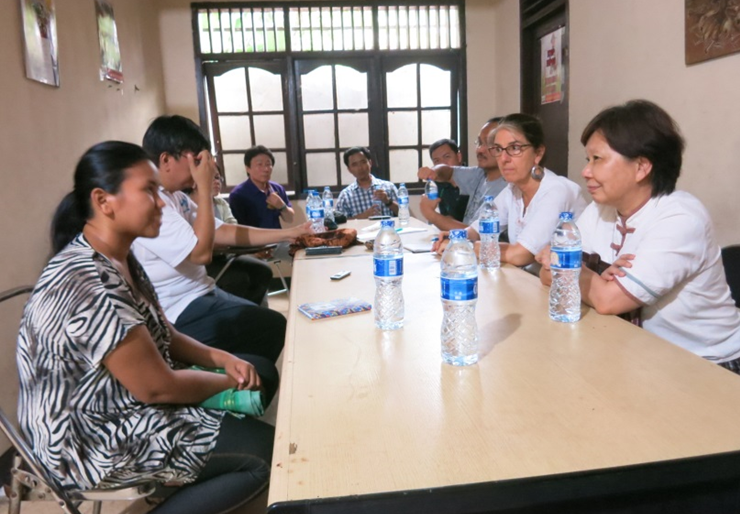 Asia and the Pacific is home to around 21.5 million domestic workers (ILO, 2013), which makes up about 41 percent of all domestic workers in the world today. Nevertheless, the data on the two most populous countries in the region, India and China, seem particularly unreliable.
One thing that stands out about the figures above is the growth of domestic workers from 13.8 million in 1995 to the current figure of 21.5 million, making the region the largest employer of domestic workers. This increase tells a story of a region that is economically and socially very dynamic. For the purpose of this conference, this paper focuses on the Asia Pacific picture. In fact, by 2030 Asia Pacific’s middle class is estimated to be almost five times larger than Europe’s and ten times larger than North America’s (PwC, 2012). The spending power of this class fuels the demand for domestic helpers. Many families now can afford to employ maids, nannies, nurses, drivers and gardeners. These jobs, however, are shunned by locals in the developed part of Asia and deemed dirty, difficult, and dangerous or “three Ds”. In place of them, domestic helpers come from the poverty pool in Asia, which consists of around 1.8 billion people (54 per cent of total population) living with under USD 2 per day (UN Habitat, 2010). In rich countries domestic helpers come from their less developed neighbours. Taiwan employed 200,000 foreign domestic workers in 2012, Hong Kong 300,000 for the same year, South Korea 163,000 (2008), Singapore 160,000 (2013), and Malaysia 300,000 (2006). Most of these workers come from Indonesia, the Philippines, and Vietnam. In Japan foreign domestic workers are allowed only for foreign families, not for Japanese families.
The Asia Pacific region is undergoing rapid urbanisation, with the proportion of Asia’s population rising from 31.5 per cent in 1990 to 42.2 per cent in 2010 (UN Habitat, 2010). In such urban settings, domestic helpers come from migrating rural population, who cannot find jobs in the formal economy, and instead become part of city’s reserved army of labour. Together they make up 505.5 million inhabitants of urban slums in Asia at the moment.
In short, domestic work in Asia and the Pacific is heavily characterised by migration both across country boundaries and across rural-urban divide. These workers primarily supplement shortages of labour in rich countries and fill in the increasing demand for domestic helpers in urban areas.

Discrimination
As the explanation at the beginning of this paper states, domestic work is often not registered in official statistics. This fact reflects the vulnerability of this type of work especially in terms of legal recognition and protection. In rich countries, migrant domestic workers with low skills are seen as supplementary labour and subject to what is called “temporariness” regime. What it means is that the presence of migrant workers in general is assumed to be temporary and they are not eligible for rights and provisions which otherwise would be available for citizens or permanent residents.
South Korea does not even recognise domestic work as employment, and therefore foreign domestic workers are exempt from provisions sanctioned by the law. In fact, 61 per cent of all domestic workers in Asia and the Pacific are not covered by the country’s standard labour laws (ILO 2013). Hong Kong is an exception in this regard because it recognises all workers equally and allow them to enjoy full statutory labour rights and benefits as local workers. Migrant domestic workers have to leave the country within two weeks after their contracts expire if they cannot find new employers. Indeed, temporariness regime is manifested in short or fixed term contracts and exclusion from labour laws.
Temporariness also plays into the hand of agents or middlemen both in sending and receiving countries. Many reports have pointed out the exploitation of migrant workers in the hands of unscrupulous agents and people smugglers. The root cause of this inhumane activity can be found in the complexity of hiring processes. Recruiting and placing workers across state boundaries require a certain degree of knowledge and experience in dealing with paper works and state bureaucracies, two qualities that are often lacking in prospective migrants. Short-term contracts imply constant search for new job orders which again is often beyond the scope of domestic helpers with long working hours. It is therefore almost inevitable that they have to rely on agents; in addition, most sending states, although they actively encourage migrant workers to go abroad, have withdrawn from this role and leave it to agents.
In the less developed countries of Asia, the supply of domestic workers have long relied on extended family networks or other means outside the formal employment scheme.

Workers Agency and Civil Society
But does the picture of helpless victims represent the only story of domestic workers in Asia Pacific? Surely not. Foreign or migrant domestic workers in prosperous Asian countries have not all been quiet and submissive. They have started to organise and form unions wherever possible.
The most successful example takes place in Hong Kong, for example, the Indonesian Migrant Workers Union (IMWU), the Association of Indonesian Migrant Workers (ATKI), Unifil (United Filipinos in Hong Kong) command committed members, and are politically active (Constable, 2009). They form alliances with local unions and NGOs in campaigning for better payment, working conditions, and other social justice issues such as globalisation.
Another side to this story is the social and spatial mobility that many female domestic workers experience. Domestic work has long been part of familial duty, and women shoulder most of the burden of this duty. Growing prosperity means that household labour in one’s own home now turns into paid domestic work in someone else’s home. Women sell their domestic labour in the market whether it is at home in urban areas or abroad. “Housewives in home countries become breadwinners by doing domestic work overseas”
In several countries, the response of the church to domestic workers issues is quite well recognised with good standing, notably in the Philippines, Hong Kong and Taiwan. Religious congregations in the region have also paid attention to the plight of domestic workers although under the slightly broader theme of anti-human trafficking.

[Edited by Ando Isamu, SJ, from “A Brief Overview of Domestic Workers in Asia Pacific” (2013) by Benny Hari Juliawan, SJ]