The phenomenon of migration is a universal movement of people affecting over 200 million nowadays. The oil boom in the Gulf States during the 1970s became an incentive in many Asian countries stimulating workers to migrate. In absolute numbers, China, Bangladesh and India are believed to be among the top ten emigration countries worldwide. In East Asia the Philippines with about 3,500,000 migrant people remains an important origin country for migrants moving both within and outside the region (Figure 1). 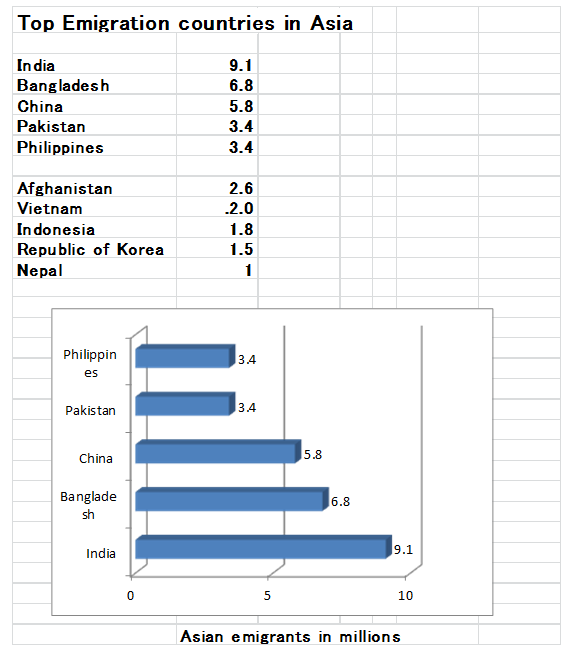 There are ten top migration corridors worldwide and four of them are Asian countries. Bangladesh-India, with 3.5 million migrants in 2005, followed by India-United Arab Emirates with 2.2 million and the Philippines-USA with 1.6 million (World Bank, 2008). Undocumented migration is increasingly an issue within the Asian region. It is believed that the Bangladesh-India corridor alone involves about 17 million people (Figure 2). 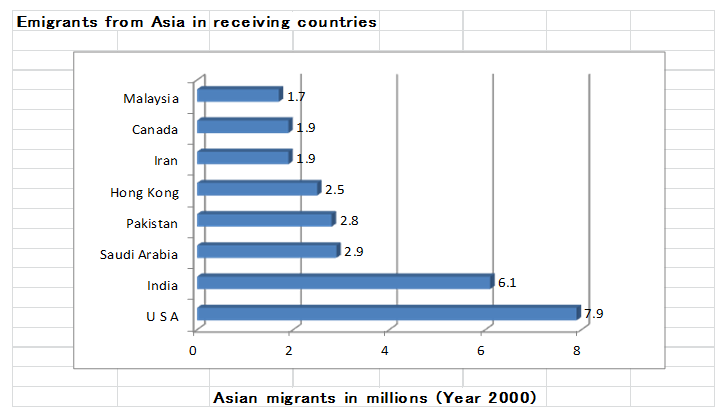 Pope Francis’ Message for the World Day of Migrants and Refugees
On January 19, 2014, in his message for the World Day of Migrants and Refugees, Pope Francis stated that our societies are experiencing, in an unprecedented way, processes of mutual interdependence and interaction on the global level.
“I have chosen,” the Pope said, “for the World Day of Migrants and Refugees this year: Migrants and Refugees: Towards a Better World.”
What is involved in the creation of a “better world”? It aims at an authentic and integral development of individuals and families, and at ensuring that God’s gift of creation is respected, safeguarded and cultivated. Pope Paul VI described the aspirations of people today as “to do more, to learn more, and have more, in order to be more” (Populorum Progressio, 6).
A better world will come about only if attention is first paid to individuals; if human promotion is integral, taking account of every dimension of the person, including the spiritual; if no one is neglected, including the poor, the sick, prisoners, the needy and the stranger.
Contemporary movements of migration represent the largest movement of individuals, if not of peoples, in history. As the Church accompanies migrants and refugees on their journey, she seeks to understand the causes of migration, but she also works to overcome its negative effects.
We cannot remain silent about the scandal of poverty in its various forms. Migration is linked to poverty. Fleeing from situations of extreme poverty or persecution in the hope of a better future, or simply to save their own lives, millions of persons choose to migrate. The reality of migration needs to be approached and managed in a new, equitable and effective manner. This calls for profound solidarity and compassion. As Pope Benedict XVI stated, there is need for close collaboration between the migrants’ countries of origin and their countries of destination (Caritas in Veritate, 62). It must also be emphasized that such cooperation begins with the efforts of each country to create better economic and social conditions, and opportunities for employment at home.
Correct information and changes of attitude with regard to migrants and refugees are needed, as well as the elimination of prejudices. The Church has always affirmed that personal dignity is mainly grounded on the fact that human persons have been created in God’s own image and likeness and, even more so, are children of God (Random excerpts from Pope Francis’ Message).

Jesuits and Migration in the JCAP Region 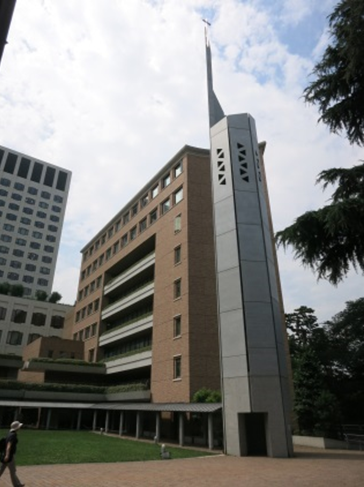 Early in 2009, the Jesuit Conference of Asia Pacific initiated a social mapping project which aimed to take stock of the social concerns in which Jesuits and their collaborators were currently engaged and to explore possibilities for international co-operation. From the final results of the “Social Mapping Report” it was clear that Jesuits and their collaborators were involved in a wide range of social concerns throughout Asia Pacific.
The present realities of Asia Pacific require more coherent strategies and well-combined efforts across Jesuit provinces in the region. Increasing numbers of vulnerable migrants, inequitable economic development, threats to marginalized groups, deep-seated conflicts and ecological injustices are among the pressing concerns in the region calling for a greater role for Jesuits and their collaborators.

Actually “migration” and the “environment and governance of natural resources” can be considered top priority apostolic frontiers relevant to all countries of Asia Pacific. However in order to be effective, there has to be a concurrent effort to renew the Society’s commitment to social justice and to being an international community on mission. In fact, there seems to be a lack of commitment by Jesuits to being with the poor and to social justice. Other weaknesses have been clearly detected through the “Social Mapping Report,” especially the lack of connection among those in the social apostolate as well as among various apostolates, such as the social and intellectual ministries.

In the Asia Pacific region, people who live precariously outside their place of origin, and whose dignity and human rights are not adequately respected, include refugees, internally displaced persons, undocumented migrants, migrant workers, victims of trafficking, etc. All are vulnerable. 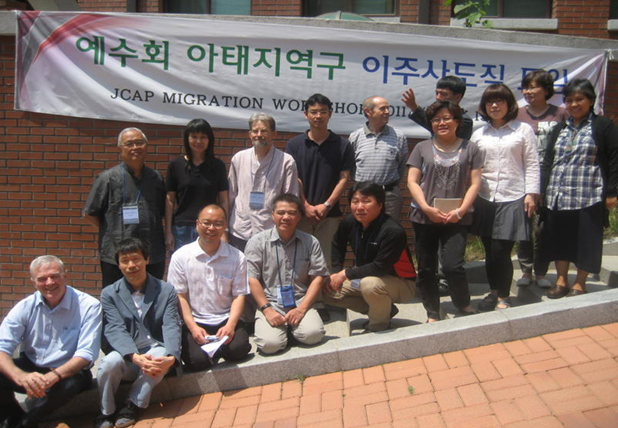 The Jesuit Refugee Service (JRS) established 35 years ago currently focuses on people who are forcibly displaced. The international Ignatian Advocacy Network has identified migration as one important focus and JCAP, in August 2009, also chose migration as a priority for action and coordination in the Asia Pacific region. Some work is being done with migrant workers in Japan through the Jesuit Social Center, in Korea by the Jesuit Migrant Center, by the Rerum Novarum Center in Taiwan, and by Sahabat Insan in Indonesia. In the Philippines the UGAT Foundation works with families left behind by migrant workers.
The direct services offered usually include education initiatives, legal assistance, pastoral care and community building, support concerning employment matters, shelters and/or material support, etc. For migrants, assistance with workplace injuries, abuse and unjust treatment by employers are most commonly sought.
Looking at emerging areas, displacement due to natural or human-made disasters seems to be becoming increasingly common in the Asia Pacific region. The phenomenon of migrant spouses is also a growing area of concern.
Since migrant workers, within the Asia Pacific region and from the Asia Pacific region, are a significantly growing group, much more could be done to interconnect efforts in sending and receiving countries. Organized exchange of information and experiences could certainly improve and develop the networks beyond Jesuit connections.
Migration is a wide field with strong links to poverty, human rights, development aid and the environment, natural disasters, peace building and conflict resolution.

Concrete Steps Taken since 2009
In August 2010, a special gathering of Jesuits representing most Provinces in East Asia and the Pacific region took place in Klaten (Indonesia). The focus on migration was one of the main outcomes of the discussions. Looking for the support and engagement of all Jesuit apostolates in the common frontier of migration in Asia Pacific, it was considered important to improve coordination between receiving and sending countries.
In October 2010, before the “IV World Forum on Migration,” 94 people representing 29 countries gathered in Quito, Ecuador, to try to define priorities for action and processes, as well as forms of networking Jesuit apostolates concerning migration at the global level. Our JCAP region sent 3 representatives. The challenges posed by migration are an apostolic priority for the universal body of the Society of Jesus. 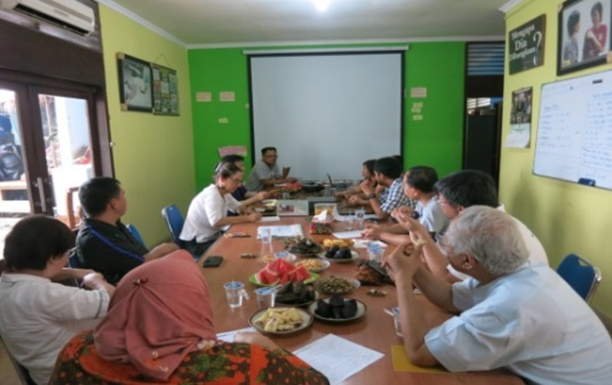 In May 2011, a small group of Jesuits and collaborators, working with migrant workers in several countries of East Asia, shared information and networking plans at a special seminar held in Seoul.
More recently, in June this year, the JCAP migration network seems to have gained momentum at a meeting of representatives (directors) of Jesuit institutions working on migration. The venue of the meeting was Jakarta, Indonesia, and the group sensed that the recent appointment of Benny Juliawan SJ, as the responsible coordinator of the network for migrants in the Asia Pacific region, will finally create a strong coordination within the region.
Our institutions represented at the Jakarta meeting deal mostly with migrant workers and undocumented migrants and a 3-year (2014-2017) action plan was elaborated to deal with these key focus groups. One major concern among the participants was the need to address the brokerage system strongly influencing the recruitment and placement of migrant workers throughout the region.
A new concrete program of mutual cooperation entails disbursing limited research grants for a period of 3 years. The topics selected are: (1) the welfare of migrants’ children, (2) repatriation and reintegration of migrants, and (3) brokerage practices in migration.
I would like to add here two main developments actively supported by the Tokyo Social Center. One is the establishment of the Adachi International Academy (AIA) in 2007 for basic education in the Japanese language and culture for migrant workers and their children living in the outskirts of Tokyo. Three years later, in 2010, our Social Center opened a Migrant Desk, in cooperation with lawyers, to deal with legal issues migrant workers face in their daily lives. Besides that, our Center, convinced of the importance of the migration issue, is always open to cooperation with other groups promoting networking all through the Asian region.