From the Catholic World(177)

Pope and Middle East leaders pray for peace
June 8, Al Jazeera / Jewish Telegraphic Agency — Palestinian President M. Abbas called for “freedom in our sovereign and independent state” during a prayer for peace with Israeli President S. Peres and Pope Francis. They planted an olive tree in Vatican Garden following their invocations. They then entered the Vatican for a private meeting together. 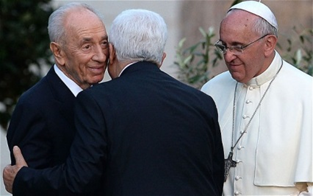 In his invocation, Abbas spoke about the importance of Jerusalem to the Palestinian people and thanked God for blessing the Palestinians with Bethlehem, the birthplace of Jesus. He asked Allah for “a comprehensive and just peace for our country and our region.” Francis during his invocation said, “More than once we have been close to peace and the evil one has prevented it. That’s why we are here today. We need to lift up our eyes toward heaven and recognize we are the children of one father.” Peres said in his invocation, “I was young and became old. I experienced war, I tasted peace. Never will I forget the bereaved families — parents and children — who paid the cost of war. And all my life I shall never stop to act for peace, for the sake of the generations to come. Let us all join hands and make it happen.”.

Cardinal Onaiyekan calls for dialogue towards peace in Nigeria
May 28, Agenzia Fides ― The Sultan of Sokoto, Muhammad Sa’ad Abubakar III, during a special prayer session organised by the Nigerian Supreme Council for Islamic Affairs at the Abuja National Mosque, said, “We must rise up as always, with one voice to condemn all acts of terrorism, condemn those terrorists wherever they are and try our best as Muslims to ensure peace reigns in our community”. Cardinal Onaiyekan said, “I congratulate the Sultan for his bold statement.” The abduction of the over 250 school girls is no doubt very serious. According to the Cardinal one must go beyond statements of condemnation because, in his view, “there seems to be an urgent need for an in-house dialogue within the Nigerian Muslim community. Such a dialogue would make it possible to courageously and sincerely deal with currents and movements that create the kind of religious climate and atmosphere in which Boko Haram and similar groups emerge and thrive”. 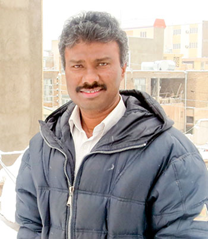 June 8, The Tablet — An Indian Jesuit priest who heads the Jesuit Refugee Service (JRS) in Afghanistan has been kidnapped. Fr Alexis Prem Kumar, 47 was abducted by gunmen on June 2 from a school built and run by JRS in the village of Sohadat in Herat province. Kumar, having previously led the charity’s work in India, took up assignment with the JRS in Afghanistan in July 2011. No   climinal declaration is reported for the moment. Several similar attacks on Indian targets, including Indian workers, had been reported earlier as India has been carrying out several development works in Afghanistan that have faced strong resistance from the Taliban.

Sudanese woman facing death for apostasy gives birth
May 27, BBC News ―Meriam Yehya Ibrahim Ishag, 27, married a Christian man and was sentenced to hang for apostasy on May 15 after refusing to renounce Christianity. She is allowed to nurse her baby girl ― she gave birth in the jail on May 27 ― for two years before the sentence is carried out. Ms Ibrahim was also convicted of adultery on the grounds that her marriage to a Christian man from South Sudan was void under Sudan’s version of Islamic law, which says Muslim women cannot marry non-Muslims. For this the judge sentenced her to 100 lashes, which will reportedly be carried out when she has recovered from giving birth. Ms Ibrahim was raised as an Orthodox Christian, her mother’s religion, because her father, a Muslim, was reportedly absent during her childhood. 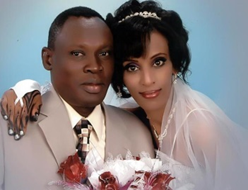 June 2, Agenzia Fides ― The churches gathered in the Sudanese Council of Churches (SCC) denounced that the death sentence of Mariam Yehya Ibrahim is a “clear and direct persecution of Christians in Sudan”. The SCC asks for the annulment of the judgment of conviction and the immediate release of the woman. Churches recall that the sentence violates Articles 31 and 38 of the Interim Constitution and point out that Sudan signed the International Charter of Human Rights which provides for freedom of religion and conscience.