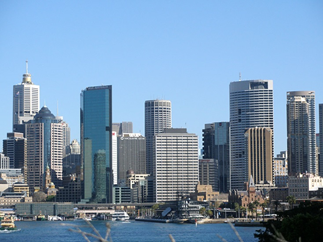 On first inspection, Australia appears to be a highly prosperous and stable society whose people enjoy among the highest quality of life in the world. Many Australians realise this and have a strong attachment to the notion that we live in a ‘lucky country’ blessed by plentiful natural resources, political stability, a beautiful environment and fine climate.
However, not everyone in Australia benefits from living in a ‘lucky country’. Obscured by general levels of prosperity are people and communities who experience severe social injustice. Jesuit Social Services works to build a just society, standing in solidarity with many of these people and communities including Aboriginal Australians, refugees and asylum seekers, people experiencing mental illness, those in prison, and people who have been excluded from education and work. Jesuit Social Services’ work is informed by our Ignatian heritage and Catholic Social Teaching, which guides the way we implement our programs and the outcomes we strive to achieve.
People and communities experiencing disadvantage often face issues that are complex and deeply entrenched. This article will explore these social issues in more detail and some of the work Jesuit Social Services is doing to overcome them.

Australia is prosperous but has pockets of deep disadvantage
Australian material prosperity is underpinned by an economy that has experienced 23 years of uninterrupted growth. Like many countries in the OECD, Australia undertook major economic reforms in the 1980’s and 1990’s. However, unlike the USA and UK the Australian model of economic reform has had a strong focus on improving real living standards for the working population. As a consequence, Australians today experience relatively low levels of unemployment compared to the rest of the world (5.8% compared to 7.8% across the OECD) and rising incomes (increased 33% between 1991 and 2012).
However, these figures hide the fact that many Australians experience deep and persistent disadvantage with over 12% of the population (2,265,000 people) living in poverty.  Poverty is often entrenched in specific locations with groundbreaking research by Jesuit Social Services finding that 3% of Australian postcodes experience extreme disadvantage across a wide range of measures of economic and social wellbeing (see Vinson, Tony (2007), Dropping Off The Edge: The Distribution of Disadvantage in Australia, Melbourne and Canberra, Jesuit Social Services and Catholic Social Services Australia).
The economic reforms of the 1980’s and 1990’s resulted in structural changes to the workforce including the disappearance of many low skilled jobs and increasing demand for workers with higher level qualifications. At the same time, many members of our community fail to attain sufficient levels of education to succeed, an example being the 93% of males in prison in the state of Victoria who have not completed high school.
Jesuit Social Services is working to overcome these problems by providing support to people exiting prison, those at risk of homelessness, and people with mental illness. We accompany these people by building meaningful and stable relationships, helping them secure housing, and building their capability to overcome the health and social problems that they experience.
We also provide opportunities for people to reconnect with education and find pathways into work. Jesuit Community College offers tailored and intensive learning programs designed to build the basic skills of people who have not engaged in education and support them into further learning. Our Community Cafes provide a living classroom in which people can gain work experience and training in a working environment. Finally, we work in partnership with companies to develop opportunities for people we work with to gain paid professional experience and ongoing employment (our partnership with National Australia Bank is further explained in the sidebar to this article).

Aboriginal disadvantage is the consequence of a range of factors including the legacies of colonisation, cultural conflicts, patterns of treatment by government and the wider non-Aboriginal community, a lack of employment opportunities, and health and substance abuse problems. Over many decades efforts directed towards improving Aboriginal wellbeing have not been able to eliminate this disadvantage, and some problems have actually become worse.
Jesuit Social Services has engaged in intercultural dialogue with Aboriginal communities and sought to build their capacity to solve the issues that they experience. In the remote desert community of Santa Teresa in Central Australia this involves mentoring a local community owned corporation which operates businesses and services in the community. In the major city of Melbourne, we are supporting Aboriginal run community organisations to develop a family based support service for young Aboriginal children who become involved in the criminal justice system. In the state of Victoria we run a program providing transitional support to Aboriginal prisoners being released back into the community. Our approach, focusing on empowerment and cultural dialogue, contrasts with the top down bureaucratic approaches that have defined many governmental responses to Aboriginal issues.

People who seek asylum by boat are treated inhumanely
Immigration has had a profound influence on Australian society with 27% of the population being born overseas. This includes refugees and migrants from Southern and Eastern Europe who began arriving in the 1950’s, from across SouthEast Asia (1970’s), and in the early 21st century increasing numbers of refugees from Africa and students from India and North Asia. Australia has a proud record of being a tolerant and welcoming country, particularly for people fleeing persecution. However, over the past two decades this reputation has been diminished 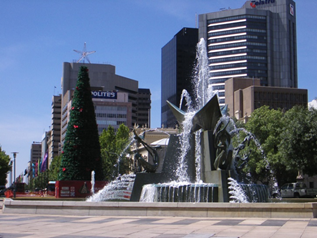 by an increasingly inhumane approach to people who arrive in Australia by boat seeking asylum.
Under current government policy, people who arrive in Australia by boat seeking asylum will not be allowed to settle in Australia. Instead arrivals are transferred to detention centres in the neighbouring pacific island countries of Papua New Guinea and Naura. If applications for asylum are successful then people are resettled in these pacific island countries. Where possible, the government has directed the Australian navy to turn around boatloads of asylum seekers who enter Australian waters.
Significant numbers of people seeking asylum arrived on the Australian mainland before these policies were introduced. These people are either held indefinitely in closed detention centres or released into the community with no rights to study or work. Jesuit Social Services supports these people in the community. This work is challenging as many have lost hope, however we remain committed to standing in solidarity and according these people some basic respect.
Australian governments of various political persuasions continue to punish asylum seekers as a means to deter other people from journeying to Australia by boat. These policies are inhumane and fail to deal with the more complex issues of international flows of refugees. They represent a failure in moral leadership from our politicians that is often for the purpose of gaining political advantage.

Isolation and stigma of people affected by mental illness
Mental health and suicide are significant issues in Australia, with an estimated 20% of the population experiencing some form of mental illness. Too often, mental illness is not diagnosed or people are not provided with the support they require and are lost to suicide. Suicide is the leading cause of death in Australia for men below the age of 44 and women below the age of 34. Some progress has been made over the past 10 years in responding to the needs of people with mental illness. Increased awareness of the costs of mental illness has resulted in significant investment in services including clinical treatment as well as community based services.
A major challenge remains overcoming the stigma that surrounds mental illness and suicide. Jesuit Social Services undertakes work in this area through our community based support programs for people experiencing mental illness as well as our Support After Suicide program. Support After Suicide provides counselling to people who have lost a loved one to suicide, part of its work has been to raise awareness of the issue of suicide and to break down the stigma that too often see people who have been bereaved isolated from the community support that they require.

African Australian Inclusion Program – A Partnership with National Australia Bank
The African Australian Inclusion Program is a professional training program for qualified African-Australians, providing six months paid workplace experience at one of Australia’s largest banks. Nearly 120 people have been placed in National Australia Bank (NAB) since the program was piloted in 2009, and the program continues to grow in strength. As at November 2013 there were 12 participants across Melbourne and Sydney undertaking roles in Finance, Technology and Business Administration. Another 106 participants have graduated with an 86% average retention rate, while a new intake is in the process of being recruited.
The need for the program was identified by the African-Australian community who noted that lack of local experience in the Australian business sector was a significant barrier to employment for qualified African-Australians. The joint response of Jesuit Social Services and NAB has been well documented and praised by many areas of the broader community.
The program aims to provide commercial experience and learning opportunities for participants, including enhancing their business networks. All participants are provided with a NAB workplace coach and mentor throughout their placement. Participants are also provided with comprehensive job search support including interview techniques and resume writing during the later part of their work placement.
When the barrier to employment is broken down, working African-Australians have the opportunity to become role models for younger African-Australians, who in turn are then motivated to stay in school and become qualified themselves.