THE ANGER OF OKINAWA AND THE FUTURE OF JAPAN

Osprey and the U.S.-Japan Security Treaty
“Osprey” (misago in Japanese) means “sea hawk.” It is a large fish-eating bird of prey living at the seaside. When an osprey spots a fish from the sky, it plummets rapidly to catch the prey. This is a perfect symbol for naming the powerful assaults of the Army Marine Corps. The V-22 Osprey is an American multi-mission, military, tilt-rotor aircraft with both a vertical and short takeoff and landing capability. This war machine takes off like a helicopter from the aircraft and, changing into a fighter plane, penetrates deeply into enemy territory. Once the attack is accomplished the jet plane changes back into helicopter mode and drops its armed soldiers. There is need for crew training at low altitudes and night hours, but at the cost of releasing a terrible noise and hot air. The Osprey will replace the CH-46 Sea Knights Helicopter. It has a maximum speed of 520 km/h, twice that of the CH-46, and can fly 3900 km, 5.6 times the CH-46, can transport 24 armed soldiers, twice as many as the CH-46, with a freight capacity of 2300 kg, three times that of the CH-46.
The Osprey is dangerous. The first Osprey was rolled out in May 1988 and 30 people have lost their lives due to crash accidents. Since 2006, 58 accidents have been recorded. Japan’s aviation law requires a system of auto-rotation, lacking in the Osprey. As a result, in an emergency engine failure, a safe landing will not be possible. According to clauses in the U.S.-Japan Security Treaty the flights of such defective aircraft are not allowed by Japanese law. Before long the Ospreys will be flying not only through Okinawan skies, but drills will begin all over Japan. All aircraft, in order not to be recognized by the enemy, must, as a rule, fly at low altitudes in visual mode. This creates dangers for gliders and for helicopters being used for disaster prevention and medical missions. It also threatens the flora and fauna of special public parks. It is clear that this American military aircraft will enjoy first priority in Japanese skies. 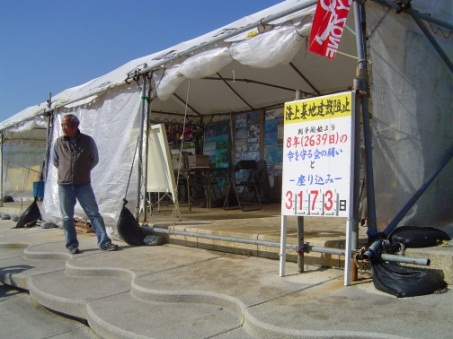 The Osprey, in other words Marine Corps deployment, will be strengthened. Outside the United States the marines are based only in Japan. The same is true of American aircraft task force carriers. Yokosuka and Sasebo are home ports for the Seventh Fleet. Defense Secretaries Weinberger (1982) and Cheney (1991) stated that American military bases in Okinawa are strategic locations for the U.S. national interest. They maintain vigilance over half the hemisphere, from the West Pacific to the Indian Ocean. Japan’s defense is collateral and, differentｌｙ from what many Japanese believe, the reality is incompatible with what it appears to be. Modern warfare is based on missile-building capability and the deterrent effect of American military bases in Okinawa vis-à-vis North Korea and China is doubtful. The Futenma base in the center of Ginowan City, covers one-fourth of the town and is situated near a kindergarten, a school, a welfare center, Okinawa International University, and more than 120 public sites. This is clearly a dangerous location. The base must be unconditionally abolished and returned to Japan. However, with no notice and as a reward for returning the base, a decision was made to transfer it to Hamanoko. Under the ruse of an “alternate site,” the plan expanded to include fuel and ammunition storage, a giant port with 200-meter-long piers able to dock navy aircraft. For this purpose, what is now a beautiful coral reef would have to be filled in with earth and sand 10 meters deep. In other words, this new construction is a deceptive ploy to enhance the Marine Corps’s capability to rapidly raid enemy lands.

The Anger of Okinawans at the Expense of an Established System
In case the new Hamanoko base is actually built, it will be in everlasting use. The pain of the military bases, unilaterally imposed on Okinawa for the past 67 post-war years, will remain forever, which angers Okinawans. During the Okinawa Battle of 1945 about one of every four persons lost their lives, and for 27 subsequent years Okinawa was colonized by the American Army. In 1972, when Okinawa was returned to Japan with the hope of sharing in its peace Constitution, Kadena and Futenma were included among 33 bases remaining on Japanese soil. Okinawa accounts for merely 0.6% of all Japan, but it houses 74% of all the American military bases located in Japan. Furthermore, since 1972 some 6,000 criminal cases committed by American soldiers have been recorded, and repeated accidents and explosions have long since become unbearable for Okinawa residents.
The first reason for this anger is the Japanese government’s submissive attitude which, while promising a “burden reduction,” backs American demands to strengthen its military bases. The Noda Administration tolerated the deployment of the Ospreys, stating that it was American policy with which Japan could not interfere. The present Abe government is not much different. Primarily, what the government must do is defend the lives and interests of its people. But the Japanese government, caught between Okinawa and the American military, provides development assistance (the “carrot”) to some residents, thus creating division among the people. On the other hand, pretending to ignore established channels for the deployment of Ospreys only enforces the construction of heliports, cheating and threatening residents (the “stick”) and aims only at answering American demands.
One Japanese Prime Minister had to resign for merely declaring that one of the Okinawa bases would be transferred outside the Prefecture. What kind of sovereignty and democracy exists in Japan? In November 2011, the Regional Director of Okinawa’s Defense Agency at the time used abusive language. mocking women and the rights of Okinawans by drawing an analogy with sexual violations. This symbolized the true nature of the Japanese government, as well as the lack of concern on the part of “Yamato” residents towards Okinawans, which fosters lack of trust. On January 28, local mayors from all 41 town assemblies of Okinawa, along with the prefectural assembly 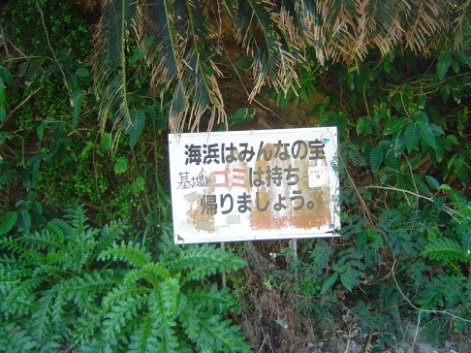 president, went to Tokyo and submitted a white paper to the Prime Minister clearly stating that “the deployment of Ospreys in Okinawa was nothing other than discrimination against its residents.”
The Fukushima nuclear disaster disclosed a large concession given to the “nuclear village.” The “security treaty village” is another dark side of Japan. Reduction of American military bases is a world trend. In Germany there were 250,000 American troops in the year 2000, but in 10 years they were reduced to 50,000. South Korea plans also to reduce American troops by one-third. In contrast, only Japan, with a “consideration annual budget” of about 2 billion yen, contributes half of the 1 trillion yen cost of American military bases in countries where they are located. Okinawa military bases and nuclear plants are bound together under the U.S.-Japan Security Treaty. Have they not become a focus of contradictions and deadlock in Japanese society? At the price of a system that imposes the total national burden on a region far from most of the population, government officials and the mass media move forward urging “Japan-U.S. Alliance” and the “Priority of Economic Growth,” without pausing to doubt the direction they are taking. How can we change that? Is this not a fundamental issue where the future of Japan is at stake?