As Fr. Mitsunobu wrote in the main article of this Bulletin, this year marks the centenary of the Japan-Korea Annexation Treaty. On this occasion NHK broadcast a series of 5 TV programs under the title Project Japan / Japan and the Korean Peninsula. The five installments were: 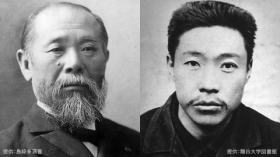 I have heard that the NHK programs fell short of the expectations of Japanese-Korean civic organizations, but in my opinion the very fact that NHK confronted the issue of Korean annexation is praiseworthy. The content of each program was quite substantial, especially for people with little background knowledge. I present here a simple introduction, but, since we have DVDs recording of the TV programs, you are invited to see them at our Center.

1. The Road to the Annexation of Korea: Ito Hirobumi and An Jung-Geun
This program introduces the “colonization of Korea,” which had already started with the Sino-Japanese War (1894) followed by the Russo-Japanese War (1904). After the Western Powers had imposed unequal treaties on Japan, the Meiji government adopted aggressive international policies, in spite of Ito Hirobumi’s claim that international cooperation would not only foster national strength, but would also help toward colonization in other Asian countries. On the other hand, since Korean Emperor Gojong aimed at total sovereignty, Ito brought military power to bear on dethroning Gojong and colonizing the whole Korean Peninsula. At first, An Jung-Geun praised Japan’s intent to liberate Asian countries, but, disappointed by the policies of Ito, assassinated him in Harbin. Even today, An Jung-Geun is considered a national hero in Korea.

2. The March 1st Independence Movement and the Pro-Japan Faction
Right after the First World War began, U.S. President Wilson’s commitment to the self-determination of peoples (1914) stirred up independence movements in colonies all over the world. In Korea the March 1st Independence Movement was formed in 1919, and popular uprisings soon spread all over the country. At that time the Japanese government replaced its strong-hand policy with a cultural integration approach. Thus, the pro-Japan faction of those who collaborated with the Japanese government in order to act as a bridge between both countries are considered traitors today.

3. People Recruited for War
The front lines in both the Russo-Japanese War and the Pacific War gradually extended and, as a result, the integration imperialist policy of Japanization escalated to such an extent that Koreans were forced to receive education in the Japanese language and take Japanese names. They were then sent to war fronts as soldiers or to Japan as forced laborers.

4. Liberation and Division: Postwar Koreans in Japan
After the Pacific War, many Koreans living in Japan tried to re-discover their ethnic identity by attending schools founded by fellow Koreans in Japan. But the U.S. General Headquarters, regarding these Korean founders as communist, was extremely precautious and suppressed their schools. On the other hand, once Japan signed the San Francisco Treaty of Peace and Independence (1948), it regarded Koreans in Japan as foreigners and promulgated the Alien Registration Law. This was the start of discriminatory policies toward Koreans in Japan.

5. How were Japan-Korea Relationships Built up?
The Korean Peninsula was divided into two as a result of the Korean War (1950). When a military government was born in South Korea under Park Jeong-hui, diplomatic relations with Japan were established. But on the other hand, a number of conflict issues, like the gap in historical awareness with regard to the Japanese annexation of Korea, compensation for war victims, disputes regarding the ownership of the island of Takeshima and other issues remained in limbo.

In this way, the history of the past 100 years is being carefully ascertained by testimonies of witnesses from both Japan and Korea. I recommend having a look at the NHK programs.